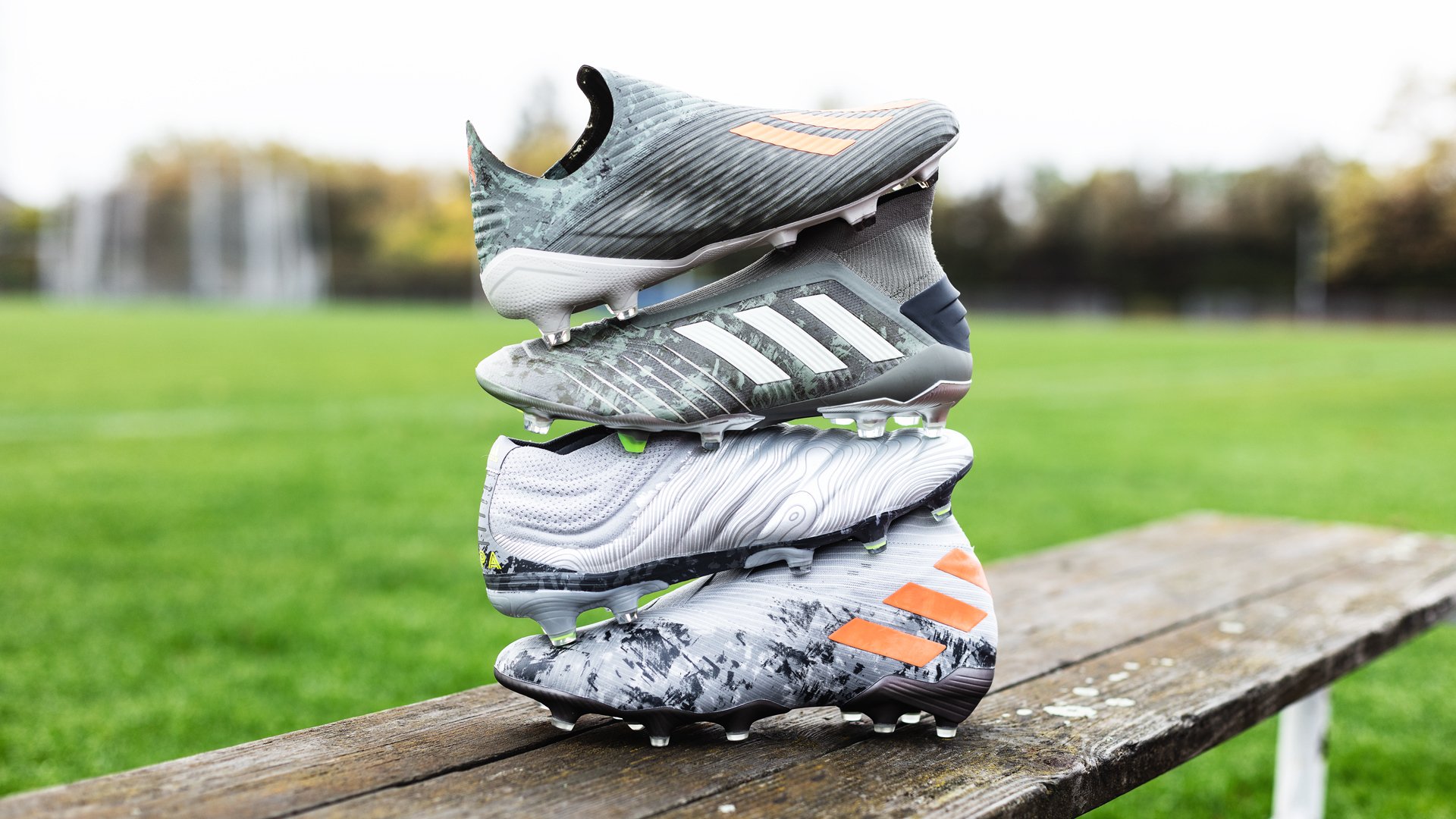 adidas are ready to sign off in style with the Encryption Pack - the latest and last on-pitch pack for 2019. As it’s only getting colder and darker from now, this pack is perfect for the frosty and cloudy Winter Season with the dark and camo look for the pack.

The year of 2019 has given us a nothing but crazy colourways for the many packs from adidas - from the Virtuso Pack, the 302 Redirect Pack, the Hard Wired Pack and the Input Code Pack, to mention some of the insanely-designed packs friom adidas. Now it’s time for the Encryption Pack to make its debut, as adidas launches the final pack of the year, which consists of a little surprise. We’ll get to that real soon, but as always take a minute to enjoy the silver / camo new beauties.

Obviously we’ll have to go through them all boot by boot, as the pack includes all four silos. Let’s start off with the slick and sneaky new camo look for the Predator and X.

The new Predator’s principally have an olive green colourway with camouflage-looking patterns, a sand-coloured primeknit upper and the three-striped-branding on the right side of the boot finished in light beige / creme. The soleplates however, have a more matte look, though finished with the same beige / creme / camo colours. No new technologies have been added to this one, as the boots are still laceless with a stretchy Sockfit collar and the Controlskin texture for superior touch and feel. Perfect for muddy pitches. And for Paul Pogba.

Moving further, the X 19+ from the new Encryption Pack likewise has the alluring camo / military look combined with the famous three stripes in orange, while the soleplates are perfected in dark white. No new tech’s for this one either - just a cool and unique facelift. But we are however excited to see how they’ll look on Mohamed Salah - aren’t you?

We’re going to continue with the contrasting yet appealing silver boots for the Nemeziz and Copa, starting off with the Nemeziz - the boot which Liverpool’s one and only Roberto Firmino will wear. Although being predominantly grey, the striking new Nemeziz 19+ also carries the somewhat same camouflage pattern design, while the three stripes are carried out in orange, as seen on the X silo. As for the soleplates, a stroke of the camo look is also present while being mainly matte chrome. A very cool and astonishing finish for the boots. Once again, the tech’s remain the same for this boot as with the previous colourways for the Nemeziz 19+ silo.

Yes, you’re reading it right. May we present to you the first generation of the Copa 20+! We promised you in the beginning of this blog, it would contain a little surprise, so we allowed ourselves to save the best news for the last. Let’s not wait any longer and pitch right into the boots. As they’ll be worn by Juventus’ own wonder kid, Paulo Dybala, the new Copa 20+ are mostly metallic silver and features a fingerprint-like 3D graphic on the Fusionskin upper. Though, it’s clear that adidas have attempted to preserve a common thread, which is why the soleplates likewise have a camouflage pattern just like the rest of the pack. And now to the tech’s. Taking innovation to the next level, the revolutionary new Copa 20+ features a Primeknit-engineered collar, a seamless sock construction, foam pads and a molded sockliner, securing maximum and optimal comfort. The boots have additionally been given a unique leather treatment, as they are manufactured with premium K-leather - a cutting edge material that makes sure you get a redefined and enhanced touch. As you can see, the stunning new 20+’s are packed with elevating new technologies that will make you the player of tomorrow.

Be the first one to pre-order the state-of-the-art new Copa 20+’s exclusively at Unisport or some of the three other boots from the pack - or the whole Encryption Pack, if you’re a genuine collector and a true fan of adidas football boots. Just remember that you have to act fast, if you want to be the first to show the boots, which will be worn by some of the biggest stars in the world to your friends.