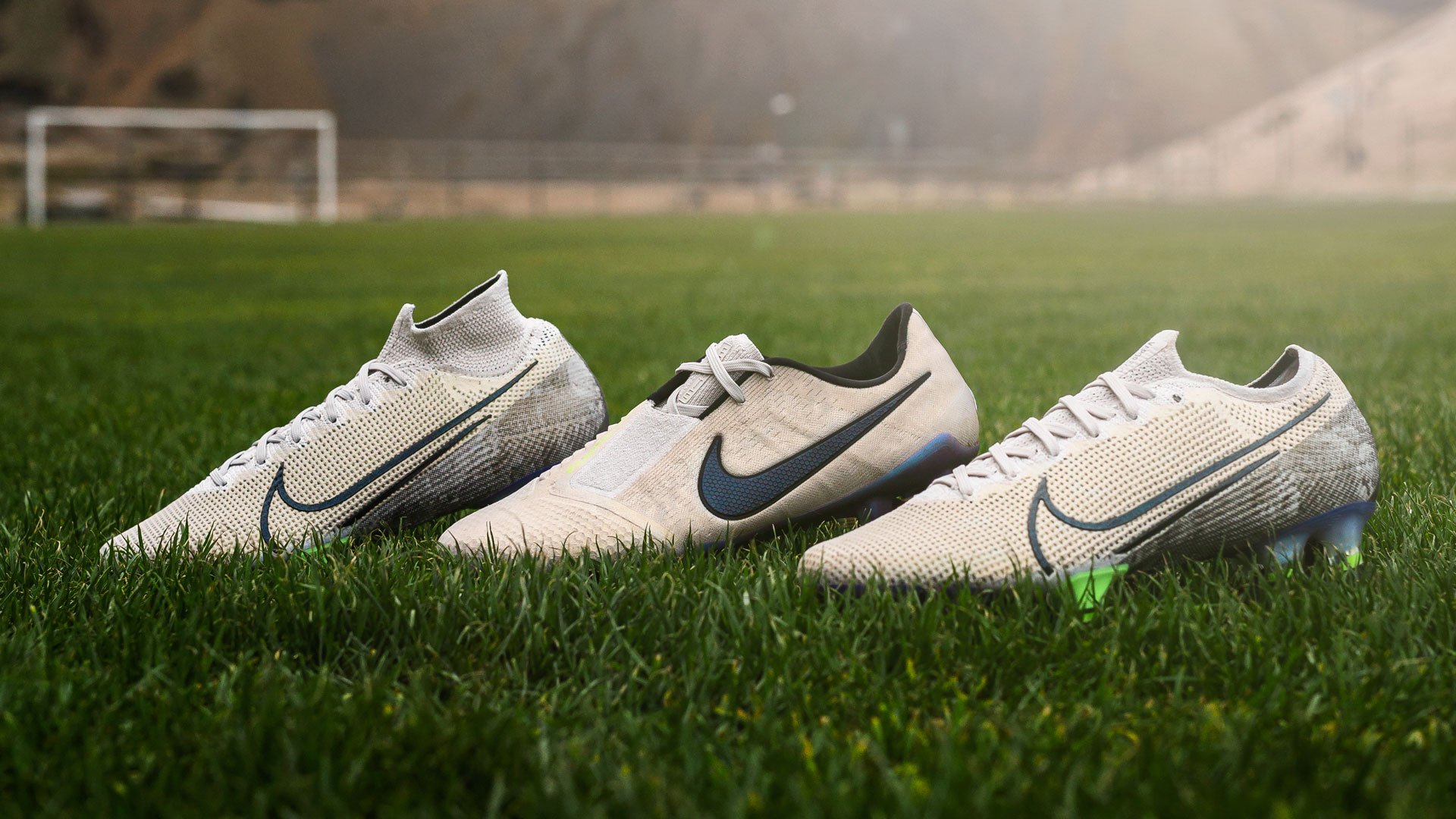 We’ve seen a crazy amount of new colours for the Superfly 7 and the Vapor 13 since the launch last summer. There have been completely blackout boots, sparkling orange and sky blue, just to mention a few. But even though all these are good-looking boots, it feels like we have seen those colours before.

Now it’s time for yet another colour update for the boots - including the PhantomVNM as well. And this one is quite special. It’s not something we’ve seen before. Welcome to the Terra Pack!

Three boots will get the new and crazy colourway. It’s the Superfly 7, Vapor 13 and the PhantomVNM. We will start of by going through the Mercurials;

The Superfly 7 has the never-before-seen sand colourway on the entire upper. It almost has a champagne-like look to it and a shiny effect that really makes it stand out from previous colourways. The Swoosh on the lateral side is made in a clean and simple black with a little spark to it. On the heel we see a pattern in a ‘gravel’ design, which continues all the way down to the soleplate. It creates an impression of walking on sand - or The Earth. The heel also has the text “Nike Football Project CNCPT: Mercurial. Designed at Nike WHQ” in a volt colour.

The volt colour is also a part of the bottom of the boot. It’s seen on the studs on the split soleplate along with a bold, purple colour. It resembles the popular React Element sneakers from Nike as well with its atypical and brave design.

The Vapor 13 is like the Superfly 7 but without the Dynamic Fit Collar. Techwise, the Mercurial boots are still the same. Is has the NIKESKIN upper mixed with Flyknit to give the boot a 3D texture to increase your touch on the ball. They also have the High Tenacity yarn, that will keep you foot locked down in the best way possible. And then they have the All Conditions Control (ACC) as well to give you the best chances of controlling the ball in all kinds of weather.

The PhantomVNM is also a big part of the Terra Pack. It’s the same ‘sand’ colour, but it seems to have a bit more shine and champagne look to it than the Mercurials. The upper has the big Swoosh on the lateral side of the boot. This actually changes colour when you move the boot so you can get a purple, blue or green effect. The back of the heel has a picture of a planet shaped as a football with a Nike logo on it.

The soleplate is made in a matte, purple colour as a nice contrast to the upper. The PhantomVNM has the same technologies as always. It’s made with a Flyknit upper and has the Strike Zone to help you control and end the next game. It also has the ACC.

This colourway will be worn by players like Eden Hazard, Harry Kane, Asisat Oshoala and Nadia Nadim.

The boots are a perfect, early Christmas gift for yourself or someone that you want to treat with the most unique football boots from Nike.

Get the Nike Terra Pack at Unisport right here