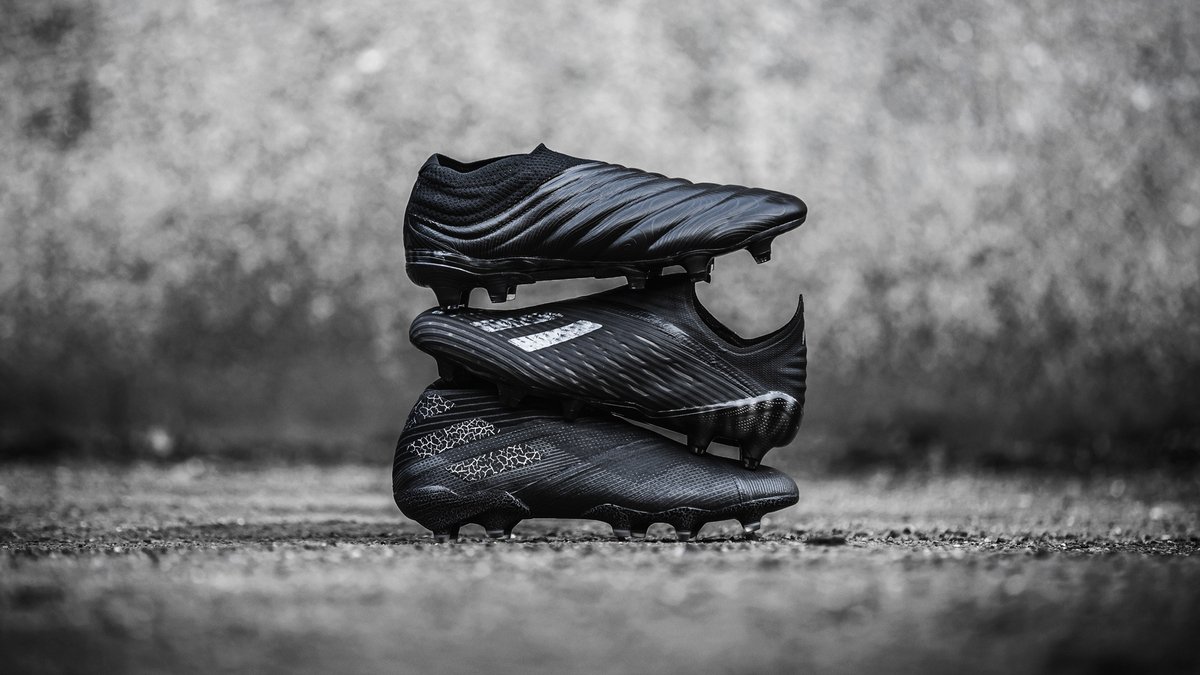 adidas are hitting the New Year’s hard with a new pack containing the Nemeziz, X and the Copa boots launching already today on the 2nd of January. Start the new year the right way with a new pair of boots from a new pack!

We didn’t have to wait for a long time before the launch of a new pack for the awaited, bright new year. That’s right, adidas are hereby the first brand to launch a new pack, this time called Shadowbeast, and what better way to start the new year off than with a stylish all black colourway. Check out the details on the images below before we go into depth with the pack shortly.

We don’t know about you, but we’ve surely missed blackout boots, and our New Year's resolution is to stay true to the classic look and collect more blackout boots when the opportunity presents itself. If yours is the same, this is your chance. As mentioned in the beginning of this blog, the pack features the Nemeziz, X and the Copa’s. Are you done checking them out on the images above? Good. Now let’s take a look at them individually.

We’ll start off with the stunning new adidas Nemeziz, and as you can see the boots embrace a black colourway. But they’re not “just” black as we’ve seen before, if you look carefully they have kind of like a “shadowy” colour, thereby matching the name of the pack supremely. The famous three stripes on the side of the boot have an electric, silver pattern inside - the same goes for the soleplates, which possibly is meant to express shadows or becoming a beast when putting the boots on. They’re hard to describe, but nonetheless gorgeous to look at.

The next boot in line is the adidas X. And boy this one’s astonishing. Colour-wise, the boots once again have this light dark, mesmerizing colour, which without a doubt is difficult to specify. Looking meticulously at the silver adidas branding on the side of the boot, you’ll see lines resembling fingerprints inside the stripes. In addition, the soleplates likewise have a silver/dark colourway. And oh yeah, they’re shimmering too!

Last but not least, we have the adidas Copa boots, which are also quite spectacular. Being primarily black with a cool, stealth look, the boots likewise comprise reflective elements seen both inside the stripes, just like on the X-silo with fingerprint-like patterns, and with the lines all-over the boots, similarly to the Copa boots from the Encryption Pack. The soleplates here also have a shadow-like design finished in dark and grey. A classic design for the Copa evidently interpreted in a modern way.

No new techs have been added to the pack, as it’s simply an awesome, new colour update for the Winter. Once again adidas have clearly done it with this breathtaking blackout collection, as they’re good at finding a pack name which matches the colours of the pack, besides creating an impressive design, of course.