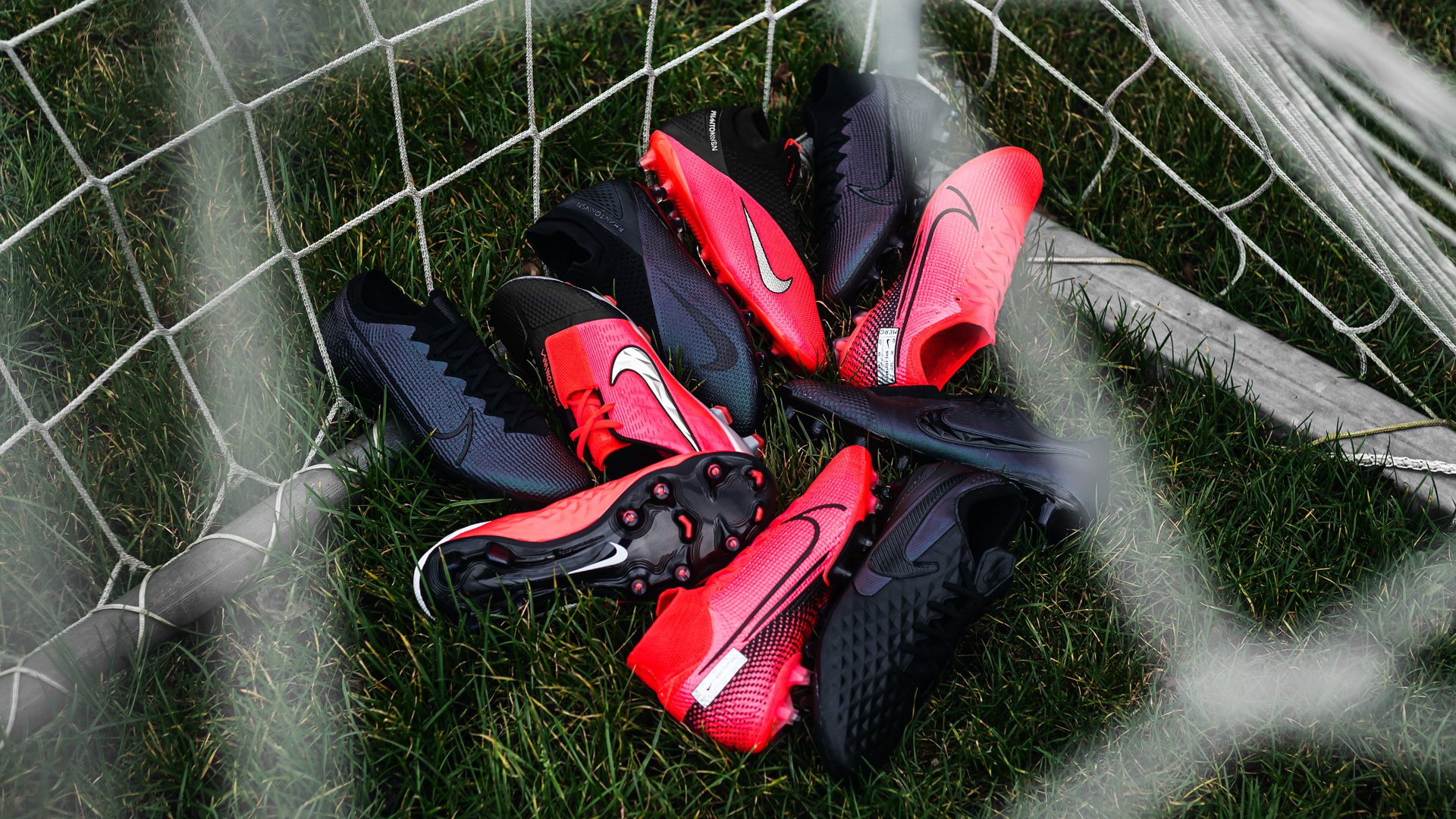 We’ve been waiting for some Nike news in 2020. And now the time has finally come. We’re getting some great colour updates and we will also welcome the new Phantom Vision!

It’s January. Most of the Northern hemisphere is just grey, cold and filled with an impatient wait for summer where the Euro 2020 will kick off. So what to do while we wait? Well - we could get together and take a look at the brand new releases from Nike. Because there’s quite a lot to take a look at! We will not only get a new colour update on the popular boots. We will actually get two updates with the Future Lab and Kinetic Black boots.

And that’s not all. Besides this, we will also get to meet the new PhantomVSN 2. Did we get your attention? Let’s take a look at everything now!

We will start of with the biggest news. The new PhantomVSN. The second one after the first released right after FIFA World Cup 2018.

It’s been a popular silo from Nike since and it has given us some great colourways. And the new version starts off with two very different looks. But let’s start off with some of the technologies. There hasn’t been made any revolutionary changes but let’s take a look at the differences here.

The upper material is almost the same flyknit construction that will give you a grippy feel when dribbling with the ball. The design of the upper has some updates on the Swoosh. It’s been moved to the front of the boot on the lateral side and a smaller one is made on the medial side. The upper is, of course, covered with the All Conditions Control (ACC) to help you in all weather conditions. A helpful feature when playing on a wet and muddy pitch.

The Ghost Lacing System has a small update as well. It looks at bit more streamlined now and Nike has now added a pull tap to make it easier to put on the boots. The heel tap sits on the sock, which has been made a bit lower than the one on the first PhantomVSN.

If you look at the outsole it’s the exact same. The Phantom Vision 2 is a part of both the Future Lab and Kinetic Black collections. I think we should move on and go through the sparkling new colours!

More after the pictures

The first colourway is the Future Lab. Full of sparkling pink colours. Future Lab contains all four silos from Nike. The Nike Mercurial, Nike Tiempo Legend, Nike PhantomVNM and of course the PhantomVSN. The pink and black colours are shown on all boots. The Mercurial boots are made with an almost pink upper besides some small, black details, including the Swoosh on the side and the heel. The soleplates are made with the same pattern as the heel.

The Tiempo Legend is a bit different because it also has a big, white base alongside the pink colour. The pink colour is seen on the front of the boot, while the sides and the heel are white. The big, iconic Swoosh is made in a dramatic black to really stand out.

The PhantomVNM is made in a darker red colour than the rest of the Future Lab boots. The front of the foot is black and the Swoosh is made in silver along with the soleplates to really put some spark on the boots.

Moving on to the second of the two releases. The Kinetic Black. And as the name indicates, this is not as colourful as the Future Lab - but at least as cool. Because who doesn’t like black boots? I know that we can’t get enough of them at Unisport.

All boots are are covered in black but with a nice finish in the colour. It seems to have a shimmering effect on the upper of the boots as a nice detail and to make these boots stand out.

The shiny look gives the boots a luxurious appearance and it’s hard not to have a dreamy look in your eyes when you check the pictures! We are really excited and can’t wait to see players like Eden Hazard, Robert Lewandowski, Kevin de Bruyne and Virgil van Dijk among all to play in the new boots from Nike!

All of the boots from Nike Future Lab and Nike Kinetic Black are available EXCLUSIVELY at Unisport from the 23rd of January. You can be the first one to get a pair of the new boots by signing up right here!

You can already get the Nike Future Lab boots for indoor and turf right here!

Or click here if you want to check out the Nike Kinetic Black.