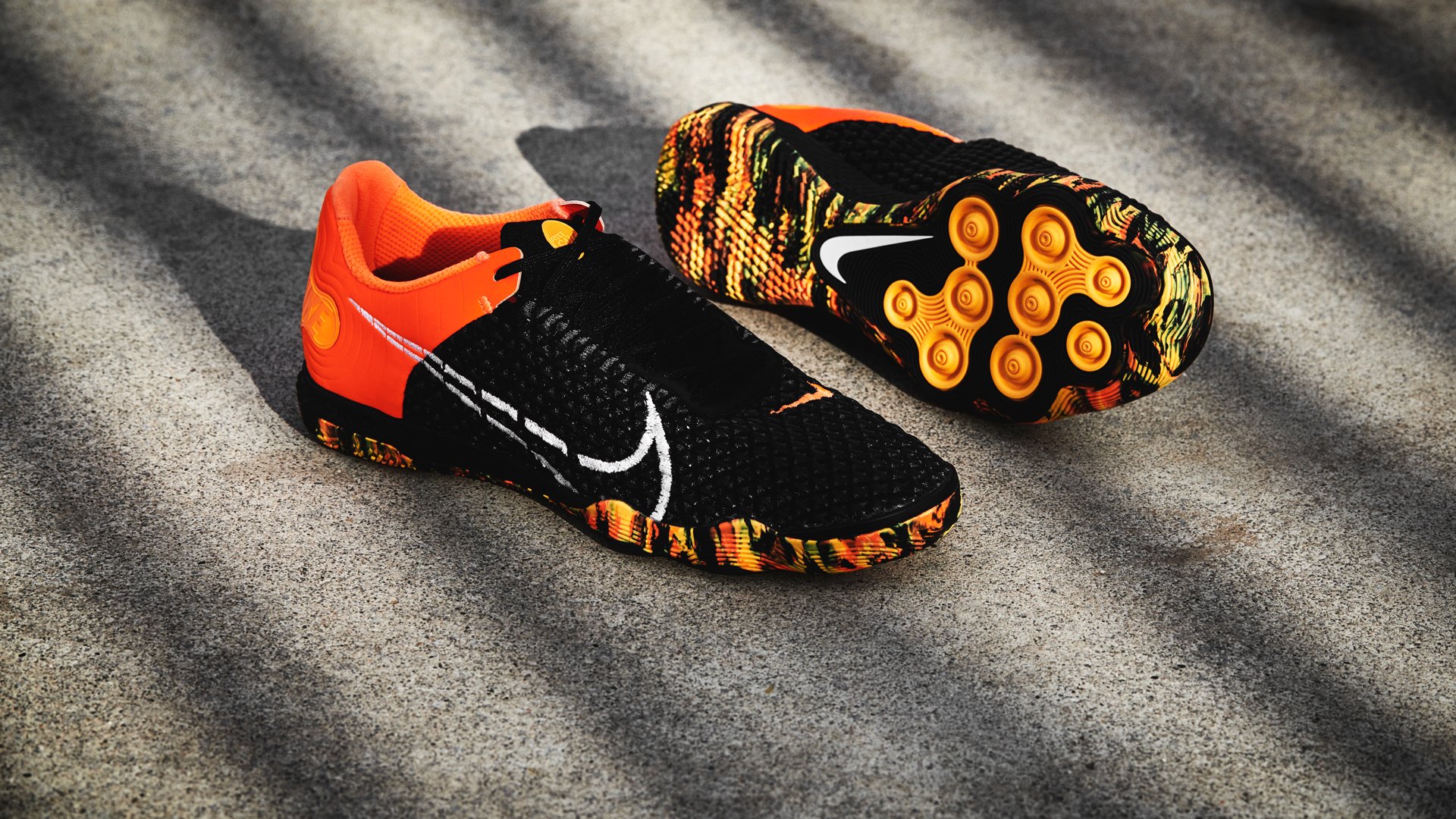 It’s been on its way for a while. But now the wait is over. The second edition of the popular Nike React Gato has been launched - and you can get it at Unisport!

In January we saw the launch of the Nike React Gato for the first time. The spectacular shoe for small sided football really stunned us with its bold and fresh design. Then we saw yet another launch of small sides shoes from Nike - the Nightfall - which contained of three shoes. The Nike Lunargato, the Nike Premier II Sala and the Nike Tiempo React Legend. Now the Nightfall will be completed with the launch of the new React Gato. Enjoy the pictures of these black and orange beauties - and then we'll talk about the tech's afterwards!

As we’ve talked about before, the Nike React Gato looks like nothing like we’ve seen before when it comes to indoor football boots. But I think we should just go through the details.

The upper consists of Flyknit. This will give you a more comfortable shoe than you normally would get for indoor or other small sided games. Sometimes the indoor boots are almost identical with the FG version but with a flat outsole instead. But the React Gato is specialized for indoor and small sided football. The Flyknit will hug your foot nice and tight and the heel part will make sure to keep you locked in. This will help you being as stable as possible when you’re making your twist and turns to trick your opponent.

But we still get some of the same elements that we see on Nike’s FG football boots. The Swoosh on the lateral side of the upper has the same look as the latest Nike Mercurial boots . A nice detail and a good way to keep the same theme on all surfaces from Nike.

But let’s talk about that outsole. It’s the one that pops and it really catches your eye from the second you take a look at the shoes. The front part of the outsole has nine ‘pods’ called Nike Touch 360. These pods actually go all the way through the outsole so you can feel them on the inside while wearing the shoes. They can move up and down when pressure is applied. This will optimize your touch and grip on the ball - and it'll give a feeling you've never tried before while playing football on the small courts.

The rest of the sole is made of the famous and very popular Nike React cushioning for the best response while moving.

Do you want to rule the streets or the indoor games?