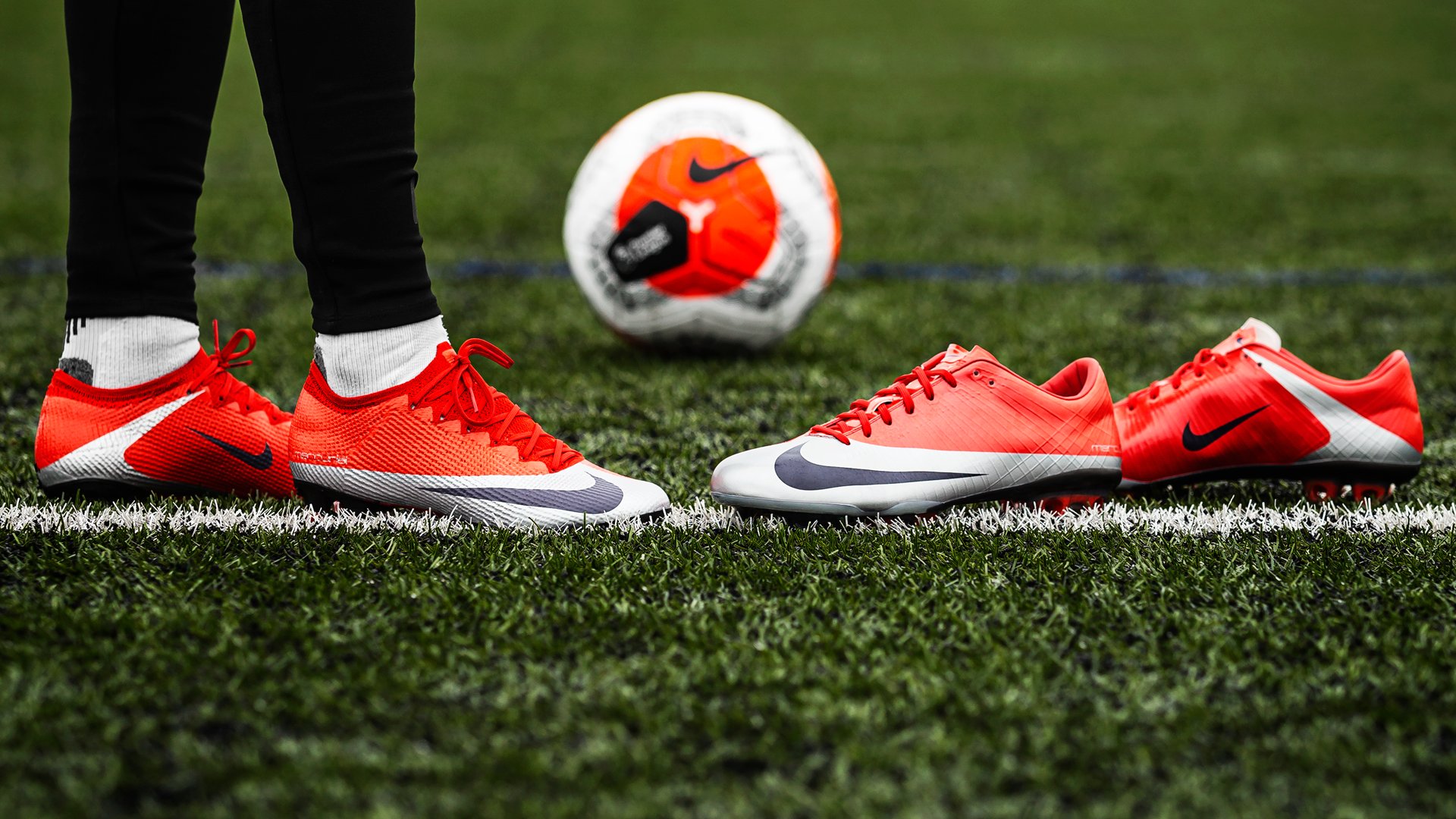 Nike relaunch the iconic silhouette of the Mercurial Superfly 1 with a touch of the current lineup of boots - more specifically, the Vapor 13 silo. An unbelievable collector's gem for the true fans of Mercurial’s and CR7.

Bring back the Mercurial 1’s. Well, that’s exactly what Nike have done by continuing their OG remake streak with the release of the new, limited edition Mercurial Vapor 13 Future DNA, which is inspired by the iconic red and silver Mercurial Superfly 1 worn by none other than Cristiano Ronaldo back in 2009 for The Red Devils. What a time time to be alive! Get nostalgic with the cleats and check out the striking images we’ve shot for you below.

Last week we got introduced to the Nike PhantomVSN 2 Future DNA, which was inspired by the Hypervenom 1 launch colourway in 2013. Now Nike takes us back even further, as the launch of the new Vapor 13 Future DNA have taken inspiration from the notorious Mercurial Superfly 1 boots, which first made their mark in 2009 when we witnessed CR7 smash in goals and bag free kicks for fun for Manchester United, when he was still being shaped as the player he is today.

The “new” cleats from 2020 have an almost identical design to the OG from 2009, with the Nike Swoosh being positioned and adjusted to match the style and design to the 2009 Mercurials. Though, one can argue that the overall look have been reinterpreted to fit the tech’s used today. By looking closer, one example is the knitted material called Flyknit and Tenacity yarn used on practically the whole boot, which differs from the Teijin material used on the 2009 model, as the upper likewise is coated with NikeSKIN and has the All Conditions Control (ACC) technology - something that wasn’t invented in ‘09.

But the message however stands clear; the OG players pass on the DNA to the future players - in other words, legends such as Cristiano Ronaldo have cemented themselves in football history and are reimagined to take the next generation of greats into the future. Perhaps that’s why Nike have decided to name this collection Future DNA. Simple. Imaginative. Promising.

As for the tech’s, the boots comprise all the same technologies as on previous releases, including the NikeGRIP, full 360 lockdown and strategically placed studs for rapid bursts and movements. You can read all about the technologies in greater detail right here.

If you’ve missed the Nike Mercurial Superfly 1’s, now you have the chance to get sentimental and bring back the past to the present to shape the future with this commemorative throwback. We salute you, Cristiano, and thank you for setting a mark with a boot that’ll be remembered for a long, long time.


Find the limited edition remake at your one and only Unisport