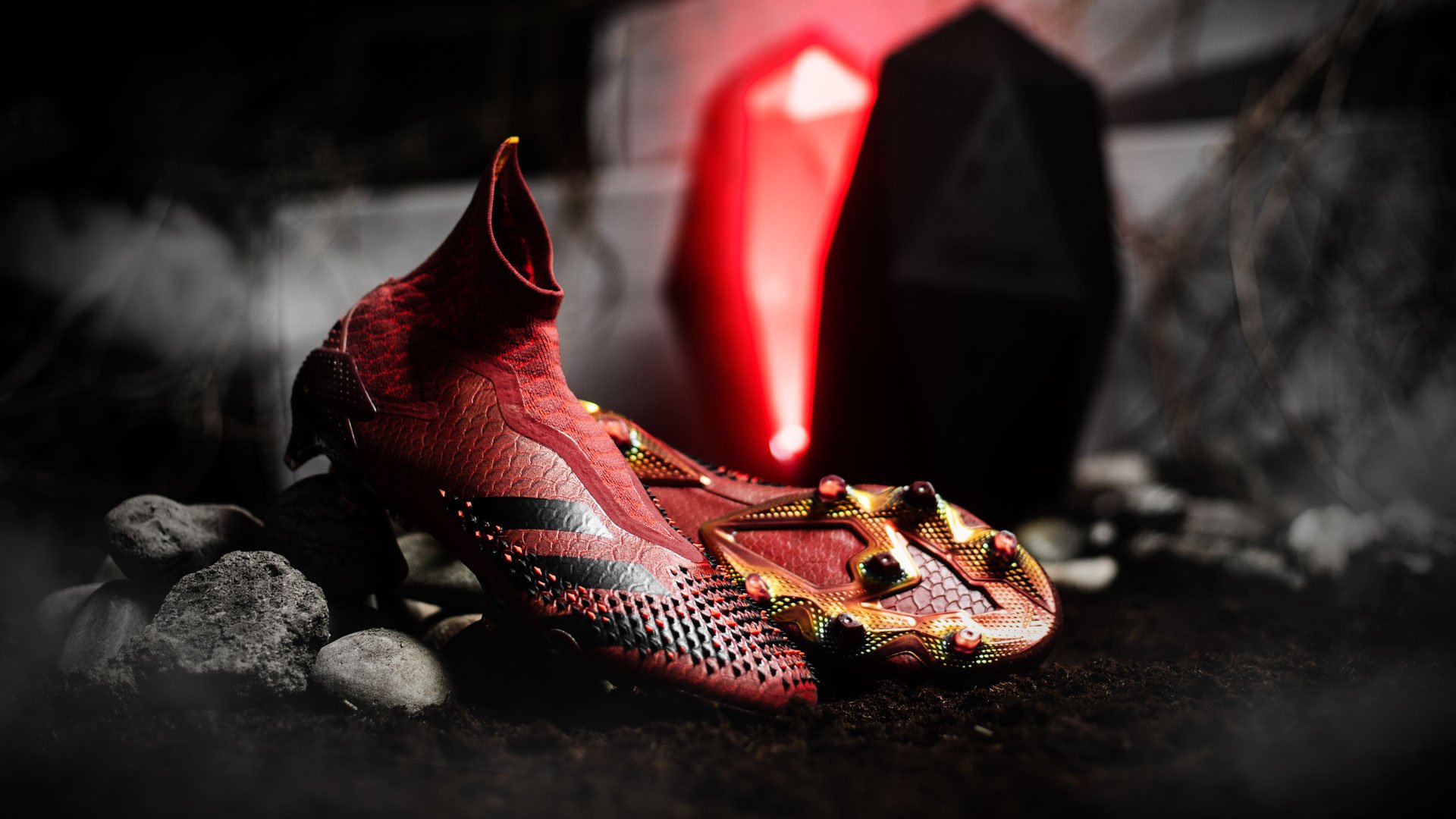 adidas sure are on fire, as they are ready to take the Predator franchise to the next level with the launch of the ‘Dragon’, which features a brand new colourway most of us haven’t dreamed of seeing on a football boot.

adidas just keep on going! This year alone we’ve seen four releases and three collections - from the Shadowbeast to the latest Tormentor collection, which includes the ‘Japan Blue’ Predator Tormentor and the Predator Mania remake from the Korea / Japan World Cup in 2002. Most of us can agree that we’ve seen several of the red / blue launches lately, which is why it’s time to shake things up with a completely different colourway. Let’s explore the all new colourway below together!

As seen on the images above, the new Predator Dragon cleats are primarily burgundy with dragon-like ‘skin’ surrounding the boots, perfectly depicting what the boots are all about. Both the fact that it’s a Predator boot - a predator here indicating an animal which preys on others - and the idea of naming the cleats ‘Dragon’, makes everything come together.

And speaking of dragon / predator like manifestations, the Primeknit collar additionally features a scales pattern, also being in line with the naming of the new Pred’s, while the spikes here are black and red, instead of all red as seen on the Tormentor and Mutator.

Another noticeable difference is the three famous adidas stripes, which are finished in black this time. But what about the soleplates, you may ask? Well, we think they speak for themselves, but you may however describe them as visually mesmerizing. Oh, we almost forgot; the new boots will likewise feature a state of the art packaging box, which resembles an egg. Something we definitely haven’t seen before.

In terms of tech’s, several adjustments have been made compared to the predecessors of the Predator family, including the higher collar and the innovative spikes. You can read all about the tech’s in detail right here.

The German’s are really on a roll and they don’t seem to be stopping anytime soon, and who knows what will await us next time new Predator’s - or other silos - arrive, but this prime drop is undoubtedly for the true collectors.


Become a beast on the pitches with the new, limited edition Predator Dragon at Unisport