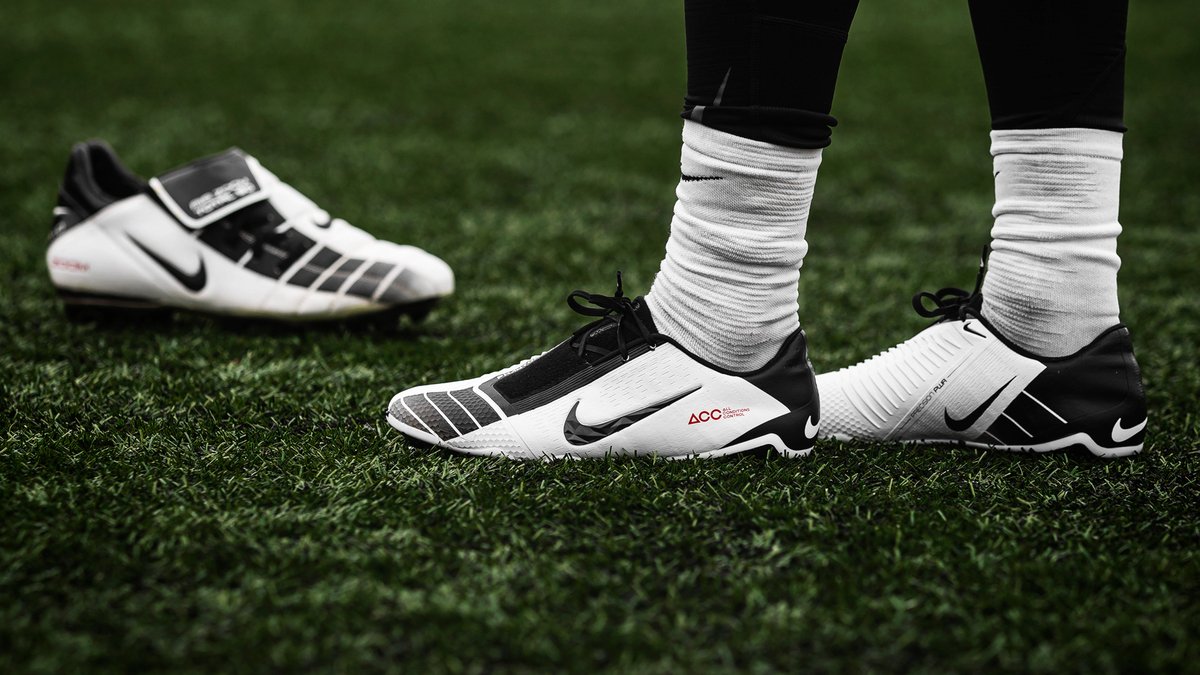 The nostalgia just keeps on rolling in these days! And today we say hello to another classic Nike boots that has been brought back to life.

The last two weeks Nike has given us some great comebacks of iconic boots. First we saw the PhantomVSN Future DNA. This was a modern interpretation of the extremely popular Nike Hypervenom from 2013. Then we got the Mercurial Vapor 13 Future DNA which was a modern version of the first Nike Mercurial Superfly from 2009. And today we will get the third boot in a row - it’s time to say “Welcome back” to the classic T90 boots!

The boots are the popular Nike PhantomVNM . We saw these boots for the first time in the beginning of 2019 and it has been on feet of some of the greatest strikers in the world of football since. For example Robert Lewandowski and Harry Kane. The original T90 boots were worn by legends of the game such as Roberto Carlos, Luis Figo, Francesco Totti, Rio Ferdinand and Fernando Torres. It was built to be comfortable to run in for 90 minutes with Air Zoom pods in the heel, had a synthetic upper that emulated leather but with less water absorption, which had a sticky coating for a little bit of extra grip, a large clean striking area thanks to the asymmetrical lacing and a small tongue that covered bits of the laces. And the design was just something else compared to other boots on the market.

The Phantom Venom Future DNA has the same good looking design. We have the classic and well recognized black graphic on the outside of the boot. It it chopped up and is fading more out the closer we get to the toe box.The heel is black and the red lettering is on point. Back in 2004 it said “ZOOM”. Now it says “ACC” which stands for the All Conditions Control that you get on the top tier Nike boots these days.

The similarities between the two boots are present. We have the soft, synthetic upper, technology on the toe box for more grip and an off center lacing for bigger striking surface. We hope that these boots will appear on pitch because it’s simply just too good looking not to be shown off in front of everybody.

If you want to get the limited boots, you can sign up at Unisport and win a pair!