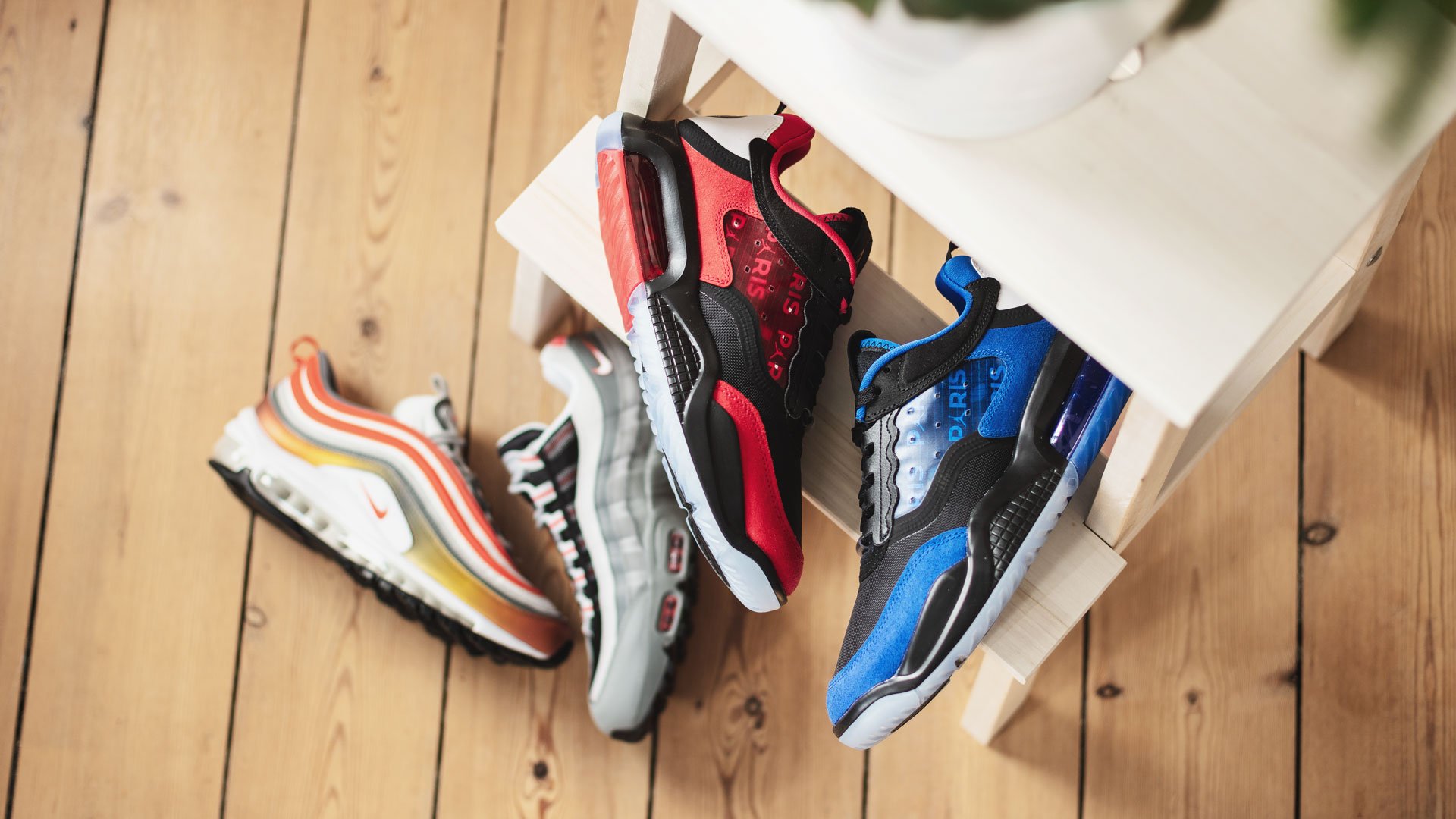 It’s time to celebrate the legendary Nike Air Max, as today marks the date where the first Nike Air Max saw the world. We know that Nike Air Max isn’t a football boot - although we would love to see that happen. But that doesn’t mean, that it isn’t important to us. Why? Because it represents and completes the lifestyle of a real baller. So jump in, sit back and read why the Nike Air Max is a big part of the complete footballer!

Nike Air Max is without a doubt one of the most iconic, innovative and best sneakers ever. Therefore it’s no wonder that it got its own very special day, where sneakerheads all over the world pay a tribute to the legendary sneaker with the iconic bubbles underneath. Although we wouldn’t call ourselves sneakerheads, we still want to pay a tribute to Nike Air Max, because the shoe has a big part in the everyday of a footballers life.

The reason why Nike Air Max is so special and iconic is because of its soles. When Nike Air Max was introduced back in 1987, it was launched with the famous Air technology underneath being visible to the world. The Air technology is made for unbelievable comfort and cushioning. And it might be one of the only technologies from 1987 that hasn’t been replaced by a modern technology - actually we challenge you to think of others! While you do that, you can enjoy some pictures of some of the most tasty, vibrant and astonishing Nike Air Max you’ll find today.

Nike Air Max comes in numerous versions, colourways and special editions. To list all those versions would take forever, so we have tried to point out two of the most essential models in the Air Max-family. On top of that we want to show you, how Nike Air Max has become a huge part of the world of football by sharing one of the limited editions made in collaborations with a football club.

The Nike Air Max 97 launched ten years after the first Nike Air Max, and what a way to celebrate a 10 year anniversary. The 97 version was the first one to introduce a visible heel-to-toe Air-unit technology. This version has been an extensive part of the street fashion community for many years - and therefore also been one of the go-to sneakers for footballers, as they nowadays not only are role models on the pitch but also off the pitch. One the latest colourways that has blown our minds is the Air Max 97 in a metallic red bronze, orange and white.

This is one the most memorable and important shoes in the history of Nike Air Max. The Nike Air Max 95 was the first one to deviate a lot from the original Air Max, because of a change in the design team at Nike. Rumour has it, that Nike Air Max 95 was designed with inspiration from the anatomy of the human body. Besides that the 95 version was the first one to introduce the Air-unit technology to the front of the foot, so the cushioning was available to the whole foot and not only the heel. Lately there has been a lot of amazing colourways to the Nike Air Max 95, and one of our favourites is the grey, red and black Air Max 95.

As mentioned earlier on, Nike Air Max comes in a numerous of versions. And as any other sneaker, it sometimes releases in limited editions. By its increasing adoration in the world of football, the Nike Air Max also tends to collab with football clubs and players. And the latest collaboration is with no other than the fashion idols of PSG. The Air Max 200 is an example of how a collaboration between the legendary sneaker and a football club could turn out. This is great proof in terms of how the Air Max in a subtle way is melting into the world of modern football.

As you witnessed in the slider above, our collection of Nike Air Max is much bigger than just the three listed before - and there is even more then just those in the slider too. And it keeps on developing with new colourways, new versions and more limited editions! So make sure to remind yourself to check out Unisport's Air Max collection regularly as it keeps on improving.


Check out the full Nike Air Max selection now, in order to celebrate one of the best sneakers out there!