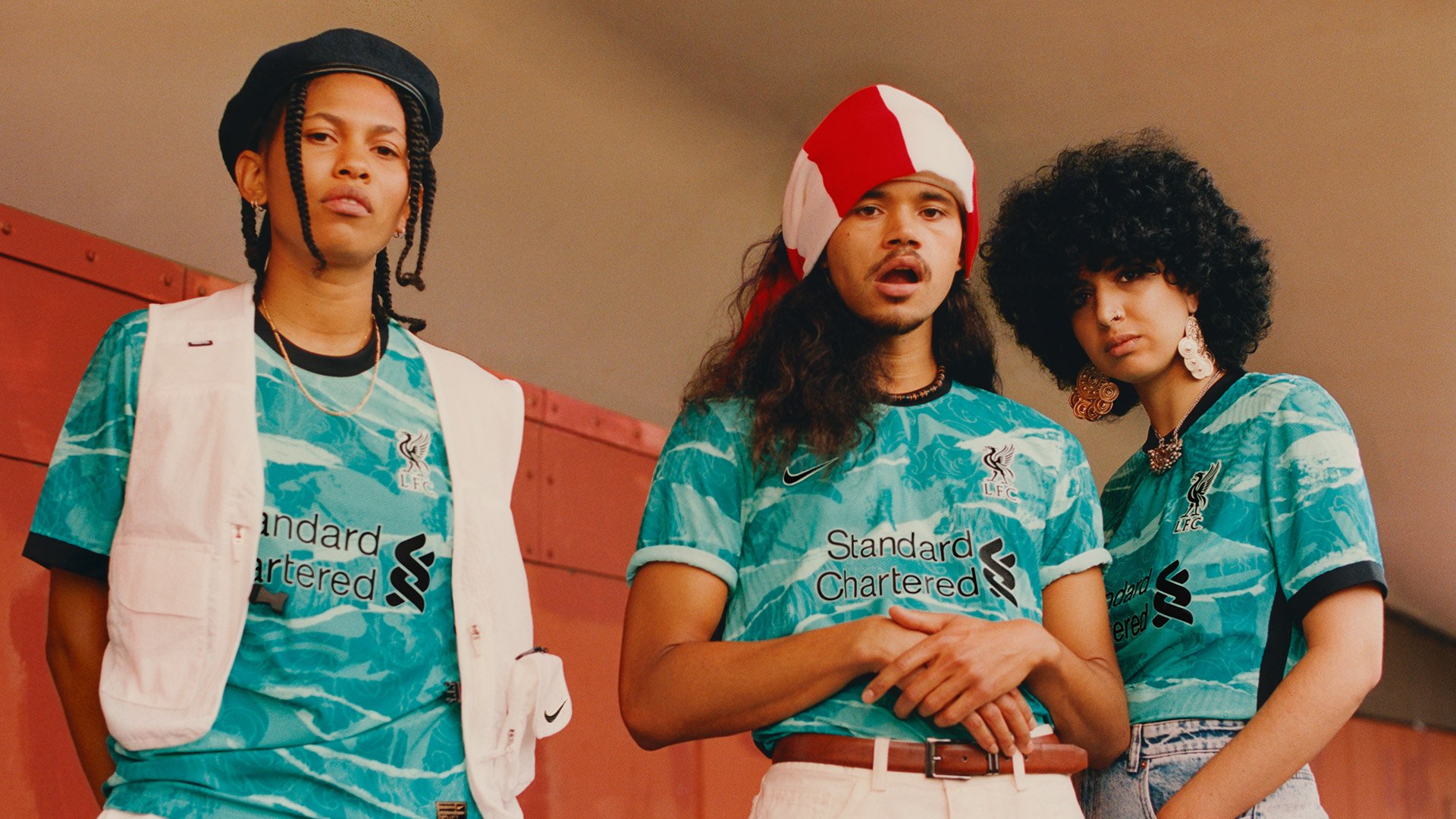 With a stunning modern design, the new Liverpool away shirt for the 20/21 season is a big contender for the away shirt of the year! This time, the inspiration originates from the roofs in the city of Liverpool and it draws a line all the way back to a heroic Scottish manager in the history of Liverpool F.C. Keep on reading to find out how!

Liverpool's new away shirt is just breathtaking. And so are Liverpool’s way of playing these years. They’ve certainly found their true selves after many years of disappointment - but now, they might be better than ever. And this shirt might also be their best looking away shirt for many years!

The graphic design of the new away shirt is inspired by the Shankly Gates - those famous gates that guard Liverpool's historic stadium on Anfield Road. Shankly Gates were originally erected on August 26th in 1982 in honour of their legendary Scottish manager by the name of Bill Shankly. With Mr Shankly as the manager, Liverpool raised from the next best division to win three first division championships, two FA Cup and one UEFA Cup. And the rumours say that he got hired on the basis of his enthusiasm and engagement. Does this sound like a certain German manager? We think so!

Besides the graphics, the shirt also has a one of a kind colour. The turquoise, or almost teal-like, blue colour is inspired by the Liverbirds, that stands on top of the Liver Building in Liverpool and looks over the city. Just like the crest on the shirt, which also shows a Liverbird. Speaking of the crest, this time it is painted in black - and so are the other logos, suchs as the 96 in the neck, and the cuffs on the sleeves. The collar is black too, but unlike the v-collar on the home shirt, the away shirt has a crew-neck collar.

The stunning Liverpool away shirt for the 20/21 is available NOW at Unisport - click here to shop it!