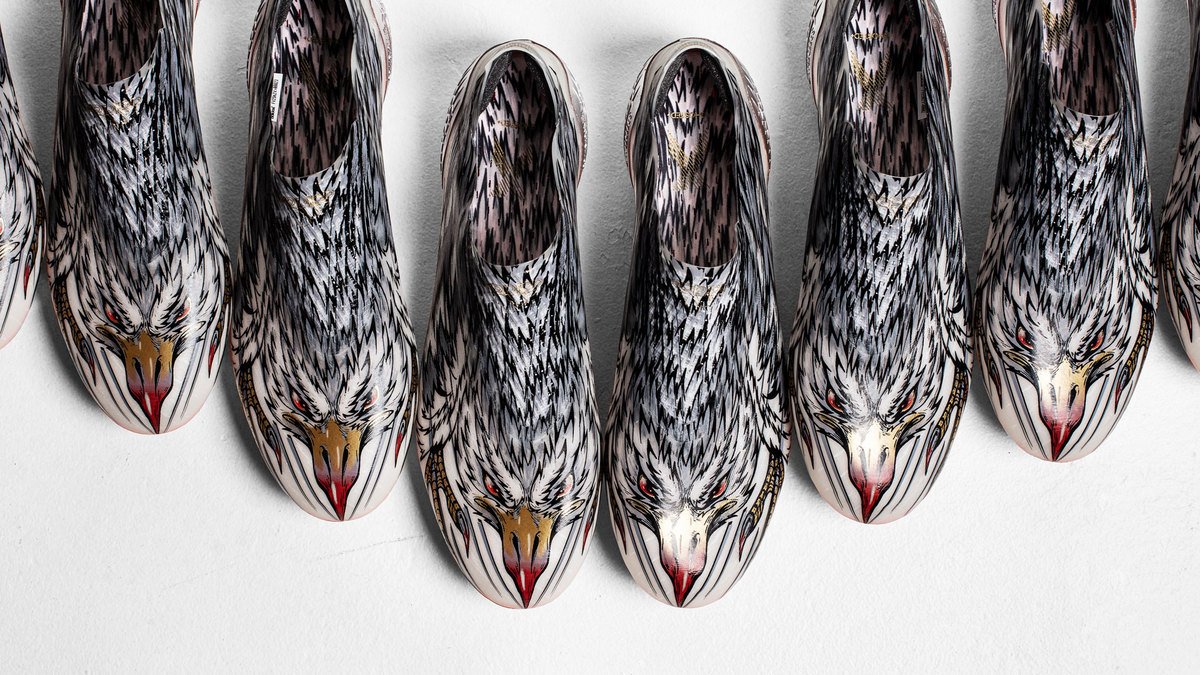 It doesn’t get any faster than this. The adidas X Ghosted merged together with the fastest animal on this planet; the peregrine falcon. Say 'hello' to a very limited boot called X Ghosted PF!

The X Ghosted story so far

Back in August, the X Ghosted boots were launched with the phrase “When fast is too slow!”. And since then adidas’ speed boots have been recognized as some of the fastest football boots in the world. Besides being very fast, the X Ghosted have had some nice colourways, including the white, almost transparent, X Ghosted Inflight and the crazy volt X Ghosted Precision to Blur. And lately we saw the extremely popular F50 Memory Lane, which were half a X Ghosted and half a F50. Not an overwhelming amount of colourways, but now adidas adds a new one to the collection. And what a sight!

adidas launches X Ghosted in an amazing new and limited colourway called PF. A colourway, which might make X Ghosted even faster than what we are used to. Because PF stands for ‘Peregrine Falcon’. An animal, which looks cruel and extremely mean. But most importantly is the Peregrine Falcon the fastest animal alive with a top speed at approximately 300 kmh! Yup, 300 kmh!

Let that sink in, while you enjoy the pictures of adidas X Ghosted PF.

Besides having an amazing looking upper, the X Ghosted PF also has an unbelievable soleplate. A shiny soleplate of silver and orange. And of course, it’s also equipped with carbon fiber, which makes a bit of the soleplate have the chessboard-looking underneath as well. Carbon is an important feature on the X Ghosted, because it’s light and it gives you the ultimate conditions to beat your opponent.

Fast as a peregrine falcon

Speaking of techs, the X Ghosted PF will as the other X Ghosted + boots have the laceless upper made of Mirageskin. An upper which gives you a sublime touch and feeling of the ball, as well as great conditions for being as fast as a peregrine falcon.

When, where and who

adidas X Ghosted PF will be worn by only three players; Lucas Moura from Tottenham, Achraf Hakimi from Inter and Michael Cuisance from Olympique de Marseille.

Just like the boots and the peregrine falcon, you will need to be very very fast, if you want a pair of these limited X Ghosted PF, as there are only a limited amount of boots worldwide.