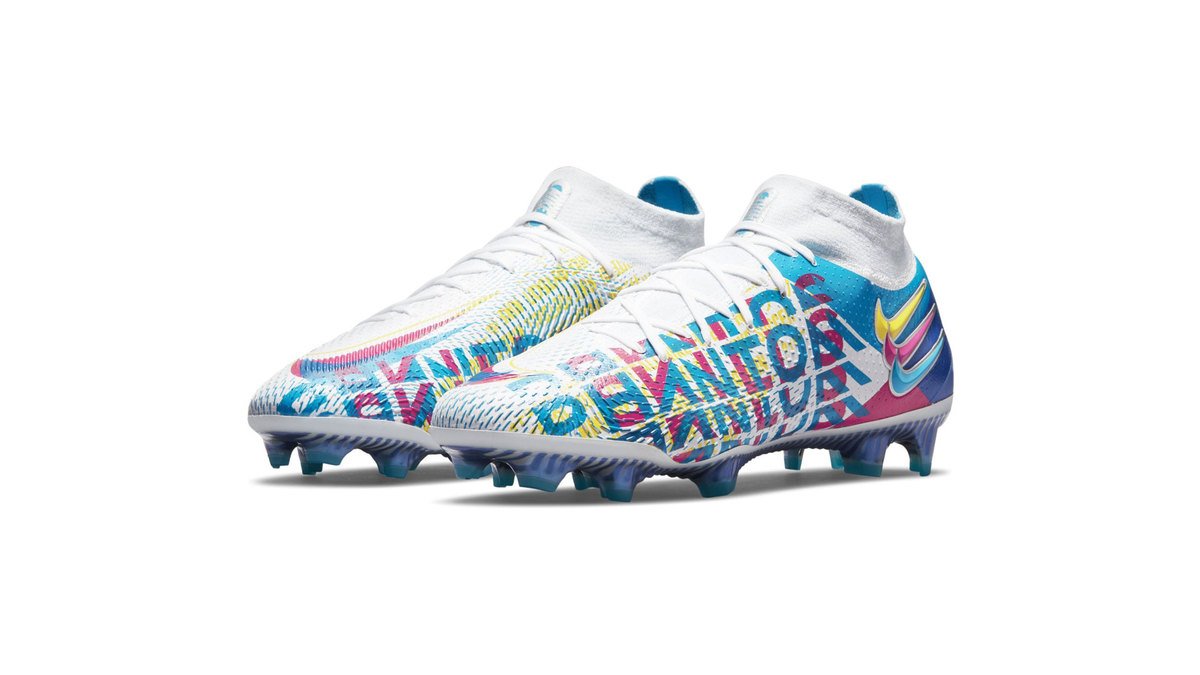 The Phantom GT gets a new colourway and it might be the most insane Phantom we’ve seen so far. Take a look at it here.

The Phantom GT was released only last year and now it’s got a makeover out of this world. It’s not just a normal colourway. It’s a 3D (!) colourway and we have never seen anything like this on a Nike boot before.

The Phantom GT 3D definitely marks Phantom GT’s position as a silo of its own. But what is so special about this colourway? Well, EVERYTHING! It’s a crazy way of designing a boot, as it’s in freaking 3D! We’re so excited about this. We love a bold design and we can surely say, that’s exactly what this design is about.

A colourful graphic design to a one of a kind silo. The 3D design appears with the different graphics applied on one another. If you take a look at the heel area, you will see 3 swooshes applied on top of each other, in three different colours - yellow/pink/blue. This graphic is both on the inside and the outside. In the toe area you will also see a different kind of 3D with the 3 swooshes. Alongside the upper you’ll see ‘Phantom’ written, also applied on top of each other, in the same colours as the swooshes.

The Phantom silo is all about showing your skills on pitch and now also showing your independence, just like the silo. You x Phantom 3D = One special unit.

But what are the techs of the Phantom GT? Well, the first one is the Generate Texture - the key technology in the Phantom GT. Along with the FlyKnit upper it gives you a barefoot feeling while still making sure that you have a grip on the ball. Then there’s the Hyperquick soleplate, which helps you in small areas and tight spaces to give you a better movement, while dribbling. Read more about the techs of the boot right here.

This boot is for everyone who wants to show off their skills with an even more skilled boot. And in the top leagues, we are expecting the Phantom 3D to be worn by players like Kevin De Bruyne, Harry Kane, Kai Havertz and maybe even more big stars.

You can get the Nike Phantom 3D boots EXCLUSIVELY at Unisport right here!