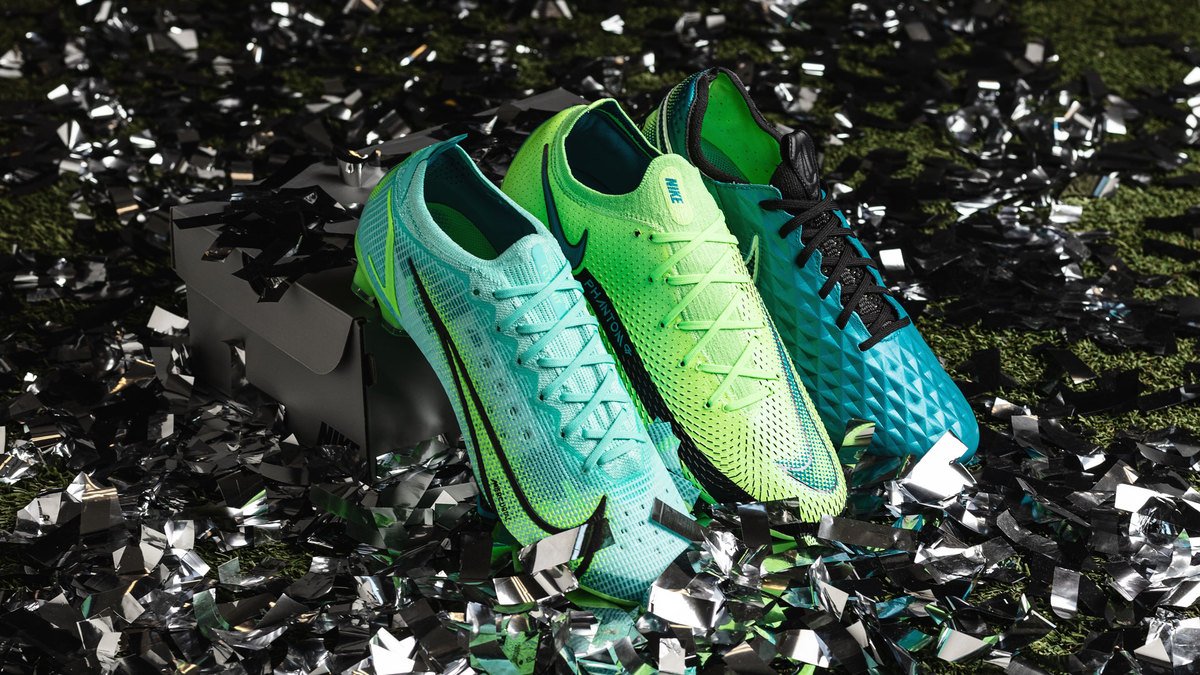 Euro 2020 and Copa America are just around the corner. And usually we see the big brands launch some very special packs ahead of these major international tournaments. Luckily, that is also the case this time around. Because now it is time for Nike to launch their pack for the summer's big tournaments and the final stages of European tournaments. Say ‘Hi’ to ‘Impulse Pack’.

It’s been a while since we last got a pack from Nike, which included new colourways for all their silos; Mercurial, Tiempo and Phantom GT. But to be honest - it has been worth the wait. Nike are today launching a brand new pack, which is to be worn throughout the last matches of the season, Copa America and most importantly: Euro 2020. It is called ‘Impulse pack’ as mentioned above and the first words that come to mind when looking at the pack is joyfulness, vibrating and coolness! Perfect words for a pack, which is going to be worn throughout a summer of sun, celebrations and lots of football!

Sign up for Nike Impulse Pack here - then you are among the first to hear about it, when it launches.

Nike Phantom GT Impulse Pack is launching in a crazy colourway. In a mainly volt upper, this Phantom GT might be the craziest colourway yet of the rather new silo. Besides a screaming volt upper, the GT got black and blue details. On the heel you’ll find a triangle logo with Phantom GT and Nike swoosh inside it. The swoosh on the upper got a little tweak to its design, as it got a lot of small dots inside and around the regular swoosh. Even though it’s a new colourway, the techs of the Phantom GT haven't changed in Impulse Pack. You’ll still get an upper with Generative Texture, which amplifies your grip and control, and the outer layer is also still made with elastic Flyknit. The outsole is equipped with Nikes Hyper-quick-system, which is made for maximum traction and acceleration. And as always you can get the Phantom GT with or without the Dynamic Fit Collar.

The most comfortable football boot in the world might be Nike Tiempo Legend. Therefore we are always glad whenever a new fresh colourway of the reliable boot launches. And this time Nike have taken it to a completely new level. Impulse Pack has given Tiempo Legend a very cool turquoise blue colourway. Or as Nike calls it ‘Aquamarine’. A bit similar to Phantom GT, the swoosh on the Tiempo got small dots incorporated in the design. And on the heel you’ll find a circular volt explosion. A very nice detail in our opinion. And just as Phantom GT the techs of Tiempo Legend haven't changed either. It still got a 3D-printed upper in k-leather, which ensures great fit and superior touch. And it is also still equipped with the Quadfit Mesh, NikeGrip technology, All Conditions Control and Hyperstability outsole. All in all, a perfect boot for those players who are searching for a high-quality boot.

We’ll end our walkthrough of Impulse Pack with probably the most popular football boot in the world. A boot which is usually worn by Cristiano Ronaldo, Kylian Mbappe, Sam Kerr, Erling Haaland, Megan Rapinoe and we could go on and on. We are of course referring to the iconic Nike Mercurial. Impulse Pack gives Nike Mercurial a paint job out of this world. Coloured in an even more crazy turquoise than Tiempo, the Mercurial will certainly attract a lot of attention throughout this summer - in a good way of course. Mercurial Impulse Pack will, as all of the other Mercurials of course, contain Flyknit for the best fit and flexibility and a stud configuration made for acceleration and grip. And not to forget - the big innovation of the new Mercurial - the Vaporposite, which consists of Duragon WT, Engineered Mesh, Titan Synthetic and Avail Q Lining. An extremely slick and fast football boot, which is made for the biggest stars in the world. Nike Mercurial Impulse Pack will of course be available in both Vapor and Superfly versions.

Nike seems to be ready for the summer and ready to release the good vibes, enjoyment and a lot of fun. Because football should be played to have fun. So if you are ready to have a fun, joyful summer, then sign up for Nike Impulse Pack below.

Sign up for Nike Impulse Pack at Unisport here!