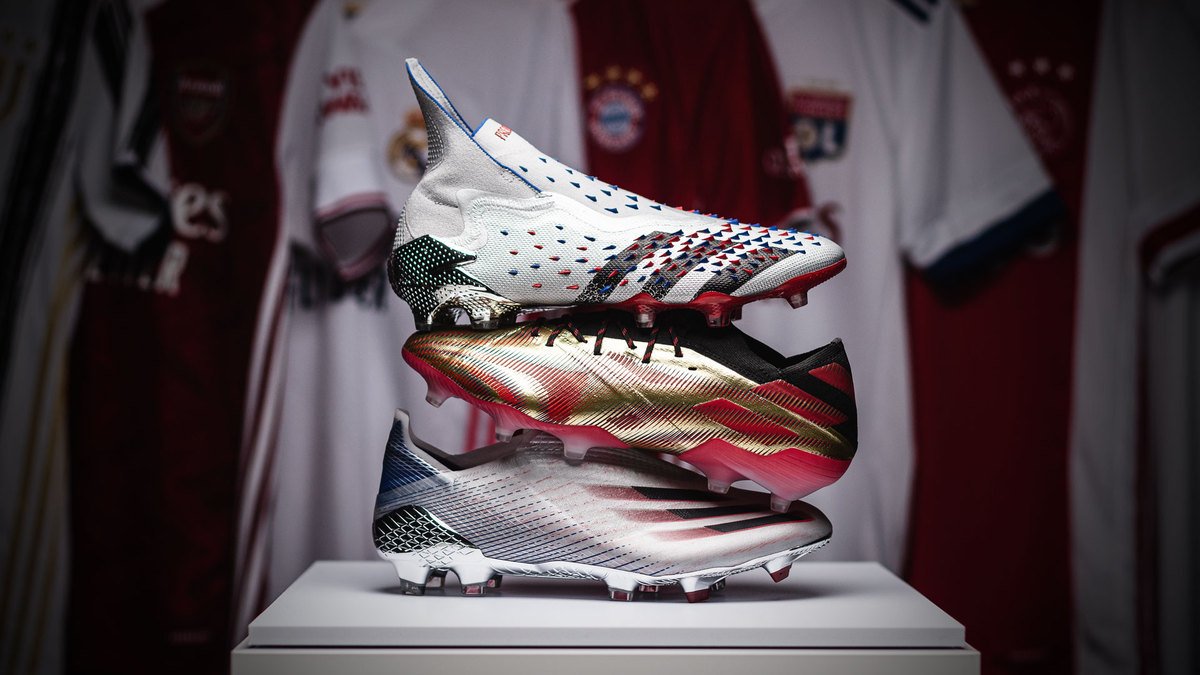 The 20/21-season is coming to an end and the shiny silverware is beginning to be handed out to the winners of the leagues, cups and European tournaments. In order to celebrate these joyful times, adidas are today launching a new silver pack called Showpiece. Let’s jump straight into it!

This time of the year is always exciting. The leagues crown their champions, the European tournaments find their winners as well and in a year like this, we will also find the international champions of Europe and South America. Therefore these months are filled with a lot of trophies being lifted. And of course gold medals are being won. Isn’t that what we all dream of?

Just like us, adidas are excited about all this silverware being handed out. So now they’ve made silver boots that will cherish these joyful times - and a very special golden boot for a very special player. Please welcome adidas Showpiece.

adidas Showpiece includes three of the adi’ silos; Predator Freak, X Ghosted and Nemeziz. Let’s kick it off with the Predator Freak.

adidas Predator Freak have been giving quite a colour update, as it now comes in a completely silver colourway, more or less. The base on the upper is in a cool silver, but the details are black, blue and red. To be more precise - the three stripes are black, while the DEMONSKIN is both red and blue. On the collar we’ll find ‘Predator’ being written in red. The soleplate underneath is quite spectacular! One half is silver - which is a very shiny silver - and the other half is red. We love that split-sole on the Predator!

If you want to stand out and unleash your inner beast, then Predator Freak Showpiece might be the boot for you! Click here to shop it!

adidas X Ghosted have since day one looked fast. But now adidas are turning it up a notch, as they are giving it a remarkable paint job! X Ghosted Showpiece are, like the Predator Freak, completely silver, but with some small details in black, red and blue. But the details are even less visible on the X Ghosted. The three stripes are black with red-ish shadows. Crazy, right? The blue detail, you’ll find on the heel, as it is painted dark blue with silver lines. But now we have arrived at the headliner; the soleplate. The X Ghosted does not only have half a shiny soleplate. It is a FULLY shining soleplate. From the bottom to the top! We are stunned by this!

If you are stunned as well, then you should take a closer look at X Ghosted Showpiece right here!

A guy who is known for winning trophies is of course the little magician from Argentina; Lionel Messi! He has won everything a football player could dream off - and then done it more than once. Therefore he should of course have his own boots in a pack, which focuses on silverware. But when a guy has won that much - the boots shouldn’t be silver, right? Nah, they should be GOLD! And that’s also what adi’ have thought of. So the new Nemeziz Messi Showpiece has a golden base, with black and red details. This time the three stripes aren’t black. They are red. And that is also the case for the soleplate. But more importantly are the blur-ish on the golden upper also red. That looks amazing! The collar is black, and the laces are both black and red. Such a nice little detail. Speaking of laces, the Nemeziz Messi Showpiece will only be launched with laces, as that is what Messi prefers.

If you want to play just like Messi, then click here and take a more in depth look at the Nemeziz Messi Showpiece.