It’s been two months since adidas broke the internet with the unveiling of their ACE 16+ PureControl. Now Die Drei Streifen are out to do it again, as they present the Euro 2016 colourway.

adidas have been out to prove a point in 2016 and been taking innovation to completely unchartered territory. They have been bold and with the new adidas ACE 16+ PureControl their bravery has been rewarded, because they have truly created a pair of high performance football boots unlike anything the world has ever seen.

The laceless revolution has swept the world on the feet of players like Ivan Rakitic, Mesut Özil, Oscar, and last week adidas announced the addition of the biggest boss of them all. Paul Pogba officially joined the adidas ACE 16+ PureControl roster and will be the man to spearhead the game-changing boots at this year’s European Championship, where he and the others will rock the new Shock Blue/Semi Solar Slime/White colourway.

adidas’ ACE 16+ PureControl was created in close collaboration with players over a three year period, where adidas looked to find the right boot-build to support an entirely laceless design. No easy task, but through the internal Techfit support system and the ControlWeb construction on the side, they achieved what no else dared before. 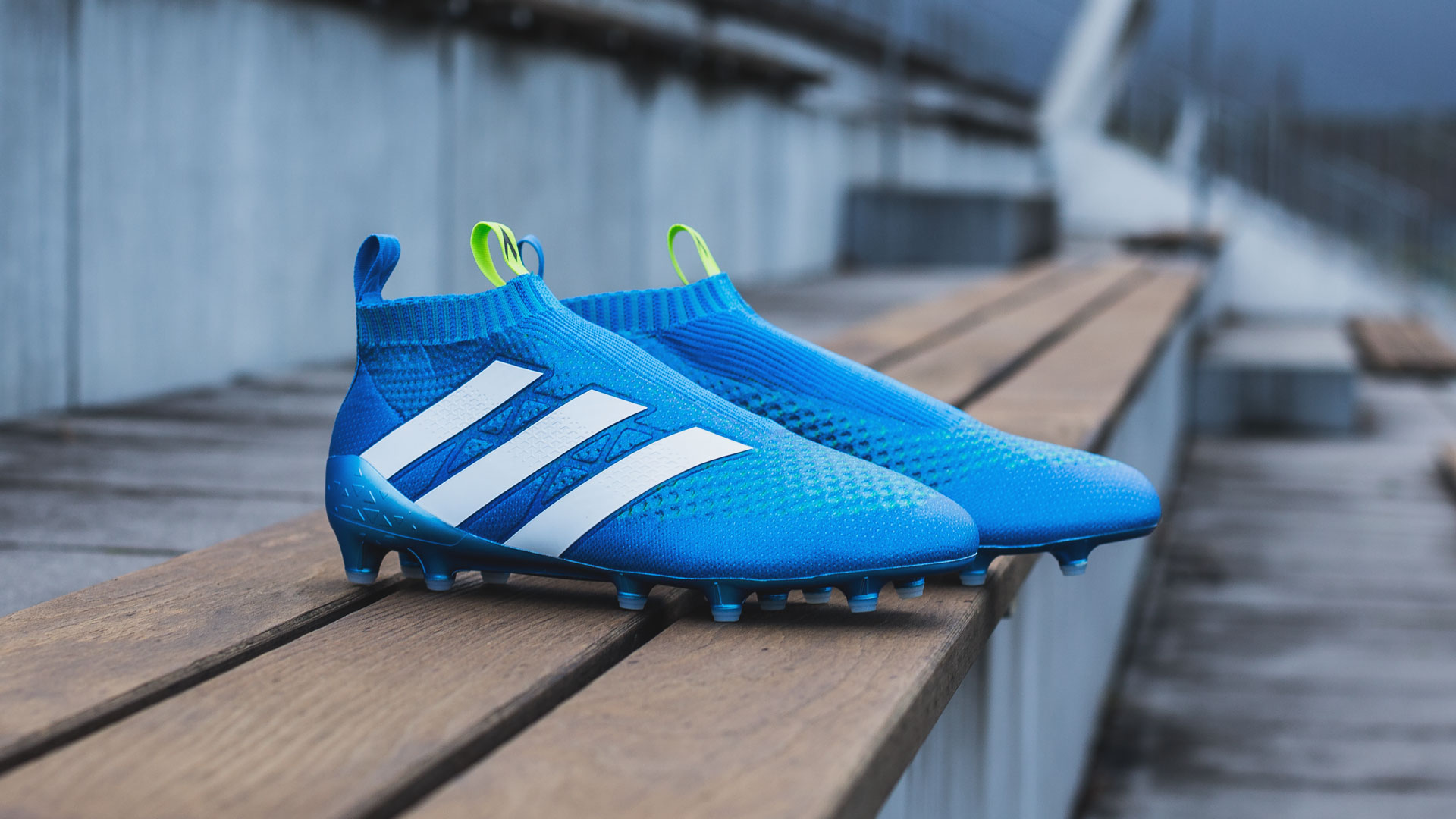