Spring is in full effect and with the prospect of nothing but clear blue skies ahead, adidas present an ACE 16.1 to match. Get a better look at the Shock Blue/Semi Solar Slime beauties here.

The laced up ACE 16.1 has been incredibly well received since its introduction and the boot made for the true boss of the pitch has now been refreshed in time for spring with a fresh blue tone. The new colourway has found it’s way to every ACE boot and you can therefore find it on both the Primeknit version and the low-cut version of the ACE 16.1, as well as on the PureControl boots.

The adidas ACE 16.1 Primeknit is, as the name implies, made with a woven Primeknit upper and very recognisable thanks to the tall Primecut silhouette, which streamlines the contact between the foot and boot. To make sure you’re firmly locked in your boots and ready to control the game, the adidas stripes on the side of upper have been reinforced and envelop the foot. adidas call this technology the CTRL/FIT and it plays a very important role in them being able to create such a soft and supple upper, without the boot collapsing.

The CTRL/FIT technology also features on the low-cut adidas ACE 16.1, but here it isn’t to support a Primeknit upper. The CTRL/WEB material on the low ACE is made to create maximum friction between the upper and ball, which although it isn’t quite as soft as on its older Primeknit brother is still better suited for some players. 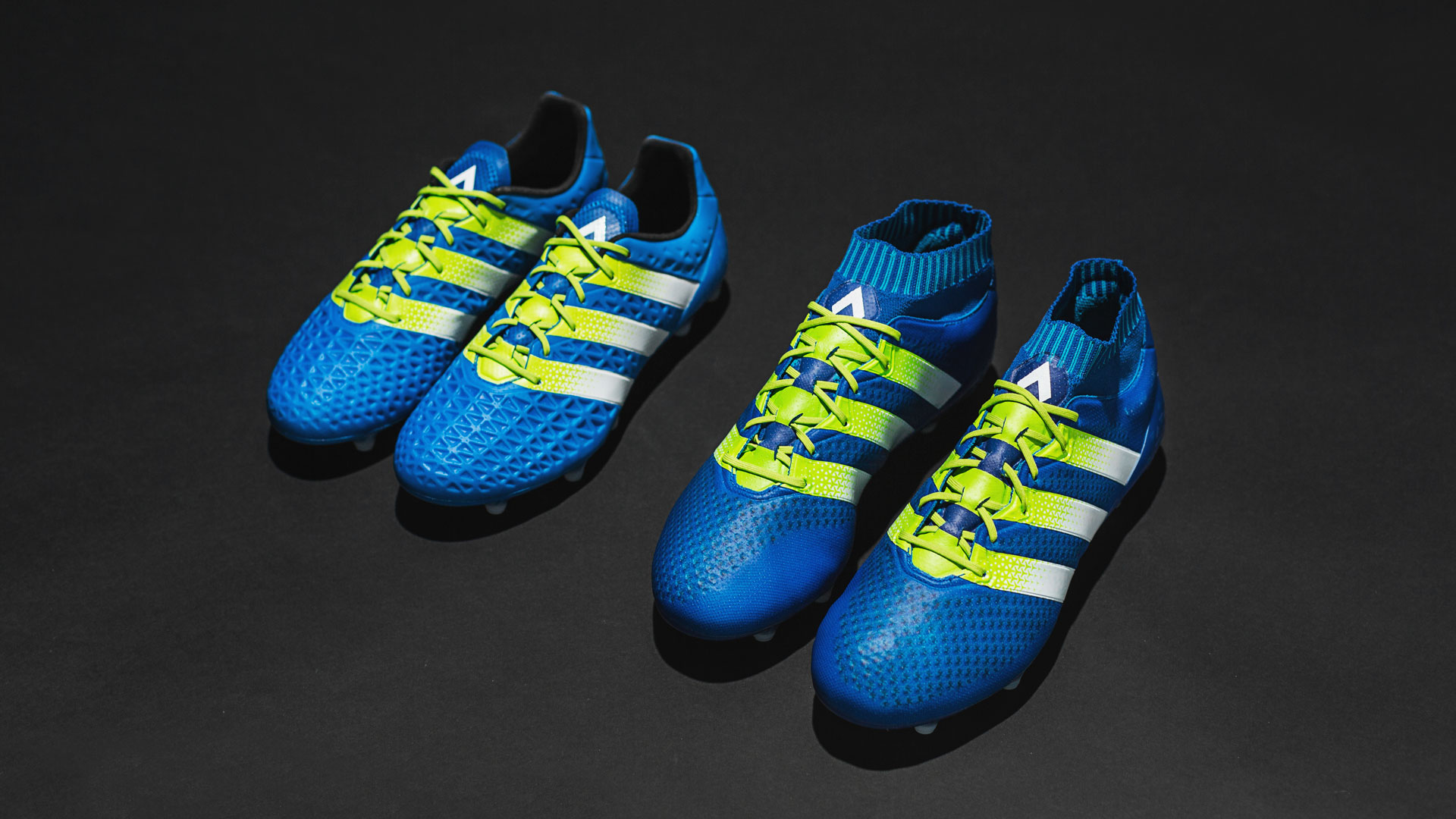