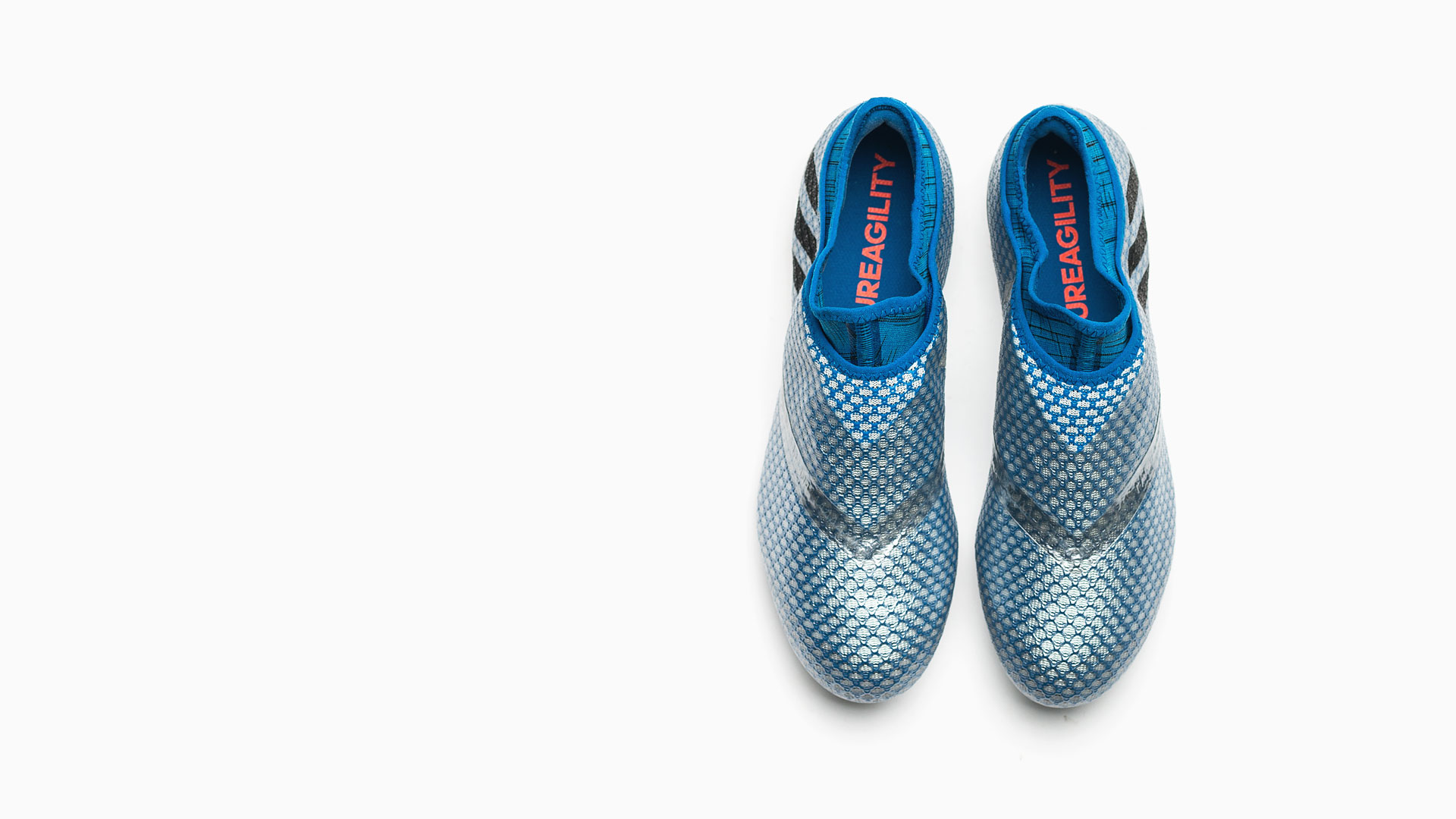 There can’t be any more doubters left to convince - Lionel Messi is the greatest player of all time. adidas now introduce the boot that can match his superhuman level. Learn how they achieved peak innovation with the Messi 16+ PureAgility and Messi 16.1.

He has a habit of creating the impossible. His acceleration is unmatched and his agility can only be described as logic defying. In times when his teammates slumped, he has singlehandedly dismantled some of the world’s very best teams and scarred opposing defenders for life (Looking at you Jerome Boateng).

The adidas Messi 16+ PureAgility comes off the back of ceaseless innovation, which was done in very close collaboration with Lionel Messi himself. Every aspect of the boot is made to enhance his style of play and the way he uses agile movement to showcase his greatness.

The most notable feature is undoubtedly the laces, which have gone under the hood. Just because the laces aren’t visible, it doesn’t mean they aren’t there, because the Purecut internal lacing system still supports the foot. Agility and a secure fit are paramount to Messi’s play and that this is an area adidas have improved, will serve him very well as he moves into the Copa America.

The upper itself is made from adidas’ new upper material, which in theme with the rest of the boot, has been dubbed the Agilityknit. The material is very unusual, in the sense that you can feel how strong and supportive it is, while it is still keeps the boot very lightweight. In addition, adidas have also worked on the time it takes to break-in the material, which is now shortened significantly, so you can create the impossible, as soon as you get your hands on your new boots.

The upper is placed on the Sprintframe 2.0 outsole that we know well from and love, because of the stability and traction it provides. To keep you firmly locked in the boots, adidas have also given the Messi 16+ PureAgility and Messi 16.1 a new heel construction that works in tandem with the lacing system to deliver an uncompromising fit.

Lockdown and stability in abundance, so you always have the confidence to throw yourself into even the most daring moves and make the difference for your team!