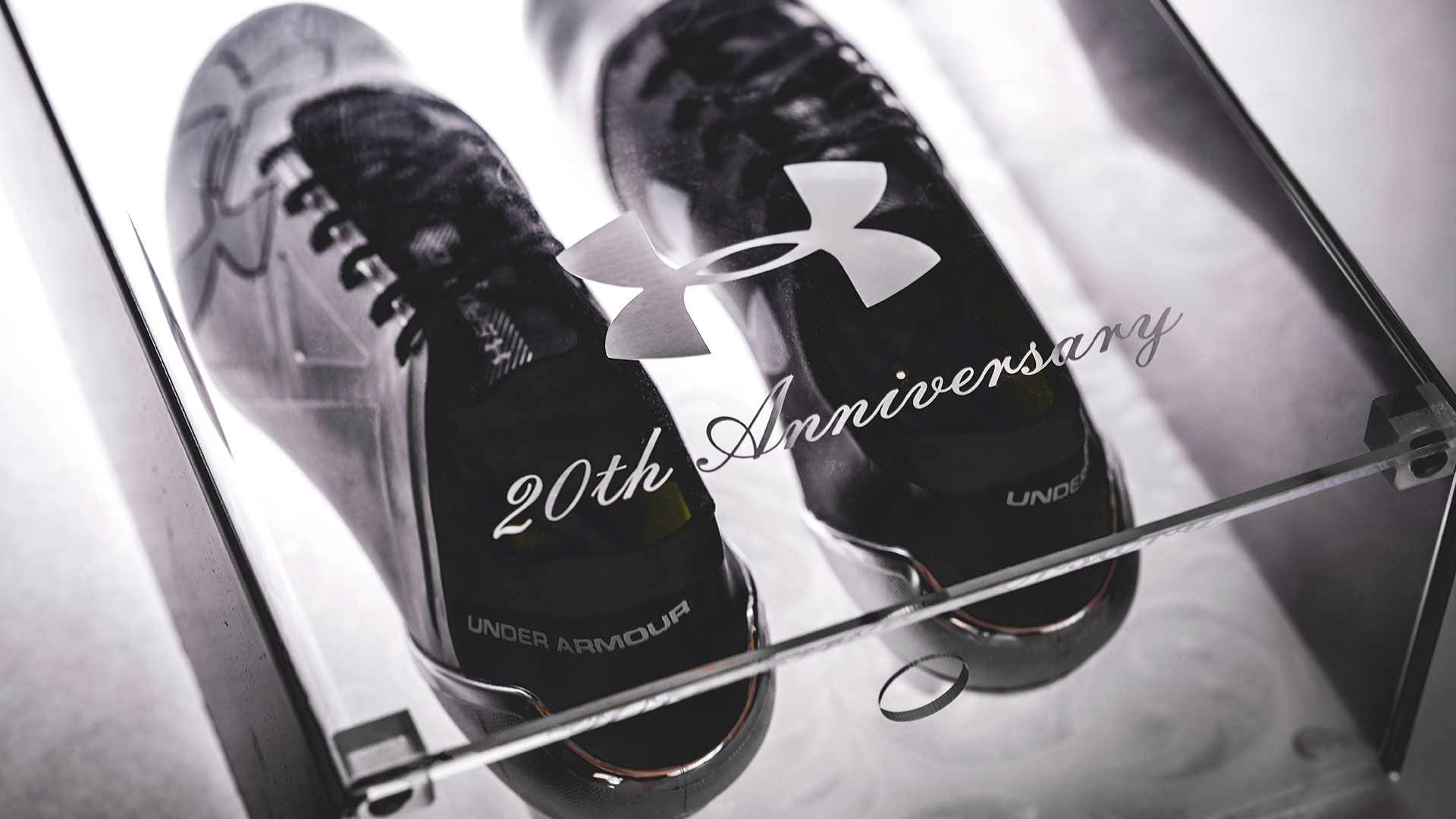 For 20 years Under Armour have provided their athletes with quality sportswear. The Americans now celebrate that with this Under Armour 20th anniversary collection.

They have come a long way from 1996, where Kevin had the warehouse in his grandmother's cellar. Now Under Armour have a strong place among Europe’s biggest brands, while being the second most popular in North America. They are very much here to stay and continuously growing!

This new 20th Anniversary collection comes in a Spotlight and Clutchfit version, which are Under Armour’s two silos. The design is inspired by the modern gift at 20th anniversaries, which is platinum. In case anyone I know is reading, I wouldn’t mind getting a pair of these boots, now or in 20 years…

Get your Under Armour football boots right here.

The Spotlight is the Under Armour speed boot offering that, when he plays, is worn by Memphis Depay. It is a speed boot that I can’t stress enough is criminally undervalued, which probably comes as a result of UA having been on the football scene for such a short time. Nonetheless this new design gives you all the more reason to try them out, if you’re on the lookout for a new speedboot.

Clutchfit is developed with the ambition of delivering an especially comfortable football boot. The technology on the upper is made to adapt to your feets natural movements. This is mainly made with a dominating player like Granit Xhaka in mind.