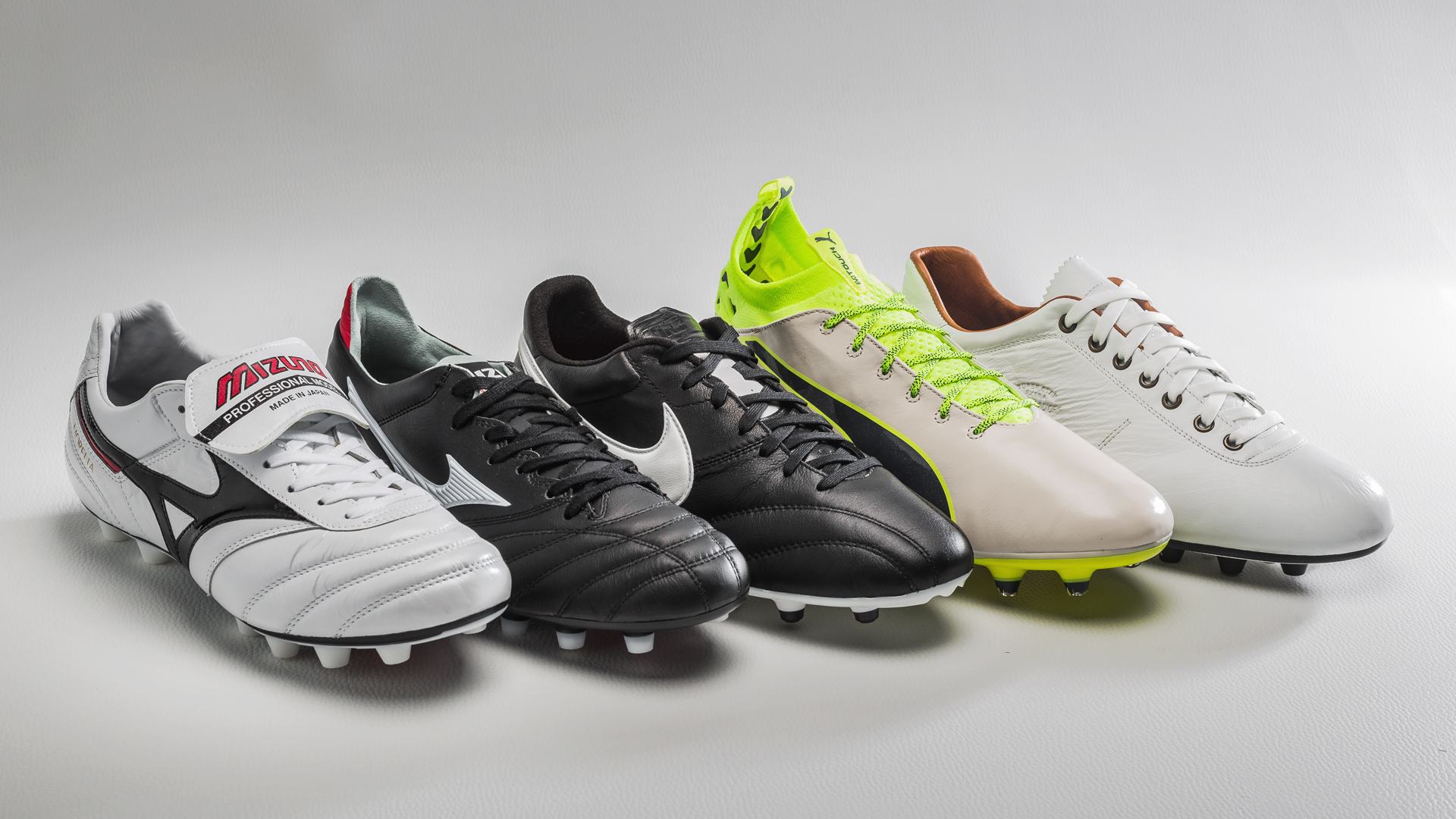 Tomorrow the Unisport Flagship Store invites people to a very unique arrangement together with Pantofolo D’Oro. That has inspired us to take a look at some of the best leather boots in the world.

The original football boot was made with an upper of leather and it wasn’t until the middle of the nineties, where the synthetic upper was introduced that it had any real competition on the market. These days though the exception has almost become the rule, as the vast majority of boots are constructed with synthetic uppers. This also means that the leather upper has become an endangered species, which is only kept alive by a group of insistent and dedicated fans.

And what are the arguments for keeping the leather upper ahead of the modern synthetic counterpart? I have found five very, very strong reasons, which I will introduce you to below. And believe me, if you try any of these five boots and don’t feel tempted to sticking with leather - then there is something really wrong with you and you should see a doctor…

You can find our full selection of football boots in leather right here.

I will naturally start off with Pantofolo d’Oro, since they were the reason I found inspiration for this blog in the first place. We have already spent some time talking about Pantofolo d’Oro, which you can read about here. If you want the short version, then basically Pantofolo d’Oro are impossible to leave out, when talking about leather boots. The love put into the development of each boot is completely different to anyone else in the world. And the result of this is pretty apparent when you hold the boots and feel the construction.

The last on this boot is fairly slim for a leather boot, which also makes it a pretty unique offering for people with narrower feet that still want that leather feeling. The boot is made with fewer stitches than a traditional football boot, which also provides you with a cleaner strike surface and a more natural fit, as well as reducing water intake. It’s relatively heavy and clocks in at 290 grams, but the Pantofolo d’Oro is definitely one of the best leather offerings. And it has class!

The Japanese brand Mizuno have, like Pantofolo d’Oro, devoted their love and innovation to leather boots. People who know football boots will all agree that their Mizuno Morelia Neo Made in Japan (MIJ) is the football boot, where most time and effort is spent on each individual boot. The typical Japanese strive for perfection is very clear and this may very well be the highest quality football boot in the world. Yeah, we don’t sell it short, but trust me it can hold up to the steep estimation.

It is made as a speed version of the Morelia silo and thus weighs 35 gram less than the Morelia II Made in Japan, which weighs 215g (You do the math). The leather picked I can confidently say is the finest used in the world. When Mizuno order it they ask only for the best leather, and when it then arrives at their warehouse it is then checked a second and third time, before being deemed worthy. That is at least two more quality controls, than any other brand in the world!

Add to that, that the boots are lasted for a whopping 24 hours, which is waaaaaay longer than the usual 20 minutes others spend on this process. This ensures the perfect shape and structure to the boot. For me personally, this is the best football boot in the world and I’ve tried more than a few. Compared to other boots that cost the same, you get much more for your money, even though they come with a fairly hefty tag.

The Morelia II MIJ goes through the same process and is in no way a step down from the Neo version, but is an alternative to those who aren’t interested in the updated and more modern version.

It may be slightly surprising to some that the Nike Premier makes it onto this list ahead of the Tiempo and in the same bracket as the ultra-high quality Mizuno and Pantofolo boots, but make no mistake, it is well deserving of a spot. The fit is really good out of the box and the kangaroo leather is really soft, so happy days really! In addition the price point is really strong, so the value for money is hard to compete with for anyone.

A slightly cheeky choice here, but one that I feel has to be in there. PUMA recently presented their latest innovation: evoTOUCH. A boot with a high ankle sock, which is made from a synthetic knit called evoKNIT. The upper is made from a thin and very nice piece of kangaroo leather, which made our knees wobble a little, when we tried them on for the first time at the office. It is a very unique offering, which is worth every penny. Interestingly the PUMA evoTOUCH is also a very exciting shift, because it could signal the start of more focus on creating boots in leather from the biggest brands.

The evoTOUCH is great, but if I had to point to one area of improvement, then it is the forefoot, which is very spacious and feels a little clumsy. This part actually really peeves me and should be fixed soon! Hope you’re reading this PUMA!