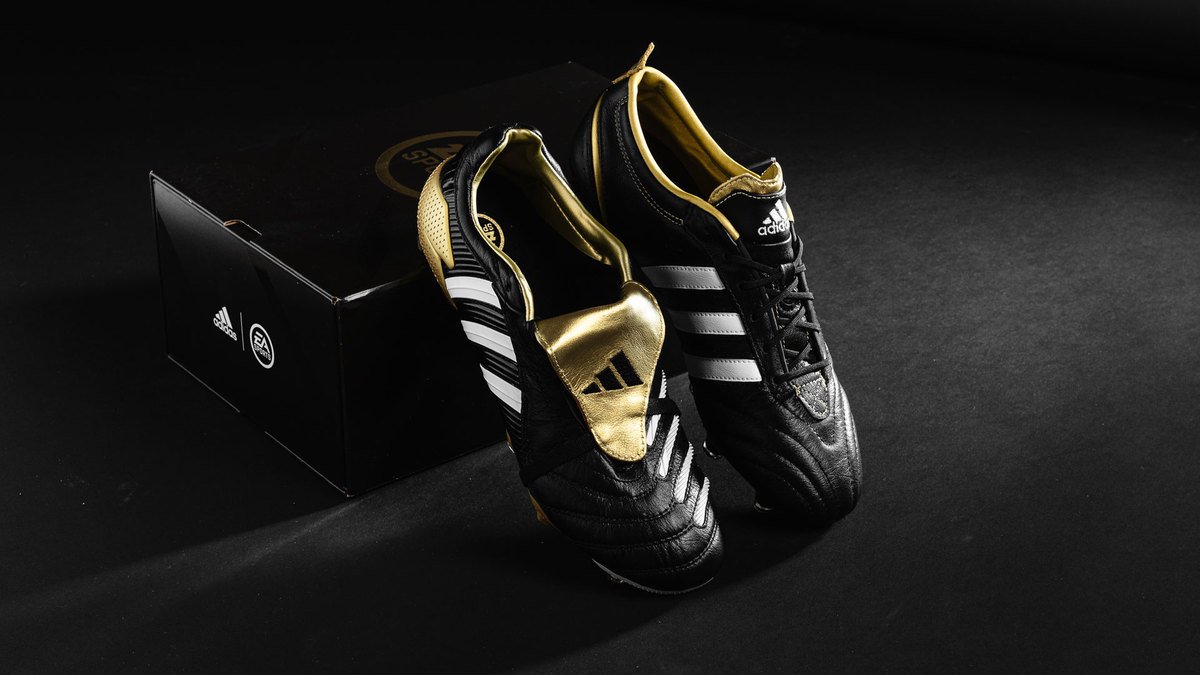 addias are back with yet another remake. Iconic and legendary - it’s safe to say that these will hit the nostalgic spot with most boot nerds!

adidas are some of the best to bring some nostalgia into the world of football boots. We’re in the last month of 2021 and we can look back at some amazing launches of remakes so far. They started out by bringing the both the Predator Accelerator and the Copa Mundial back to life with the Eternal Class . And then they brought the extremely hyped and popular Messi El Retorno on stage. But that still wasn’t enough for adidas. So in September they made two remakes to celebrate the return of the Champions League. One of the iconic F50 adizero Prime and one of the legendary Predator Pulse. Both made in the theme colours of the Champions League.

And speaking of ‘legendary’ - now it’s time for yet another nostalgic launch. It’s time for the Legends boots. Give a warm “welcome back” to Predator Pulse and AdiPure! Look at the pictures of the boots here and then we will talk about them right below afterwards.

Continues after the pictures

Let’s start with Predator Pulse. Often a forgotten Predator model. But they were quite hyped when they released back in 2003 prior to Euro 2004 and were worn by players like Beckham, Zidane and Steven Gerrard. It’s the second time adidas have made a remake of this model. The upper is 1:1 with the original. It has a leather forefoot with the classic Predator rubber elements - six of these to be exact. The original Predator Pulse was equipped with the PowerPulse element in the soleplate, which was a small weight in the forefoot to give you more power while striking the ball. But this is not featured on this model. The soleplate is the same as the Predator Freak has today. So it’s a great mix of nostalgia and modern technology in these boots.

The colour scheme is black, white and gold! What’s not to like?!

This is a remake of the first AdiPure that adidas made back in 2007. They were worn by Kaká when they launched. Some quality boots for a quality player. Made with a full leather upper mixed with some of the best technologies at the time. It was lightwieight, comfortable and many players decided to use the AdiPure afterwards. In fact, Toni Kroos still plays in a version of the AdiPure even though it was discontinued in 2015. The soleplate is the same as we've seen on the Nemeziz boots before.

Like the Predator Pulse, the AdiPure is also made in black, white and gold colours.

The adidas Legends boots are not set to be worn on pitch by some of the biggest players. But they will actually be worn in FIFA 22, where the legends Zidane, Gerrard, Beckham and Kaká will have them on feet. And you can also pick them for other players yourself.

If you want to look like the legends yourself, you can get the Legends boots at Unisport.