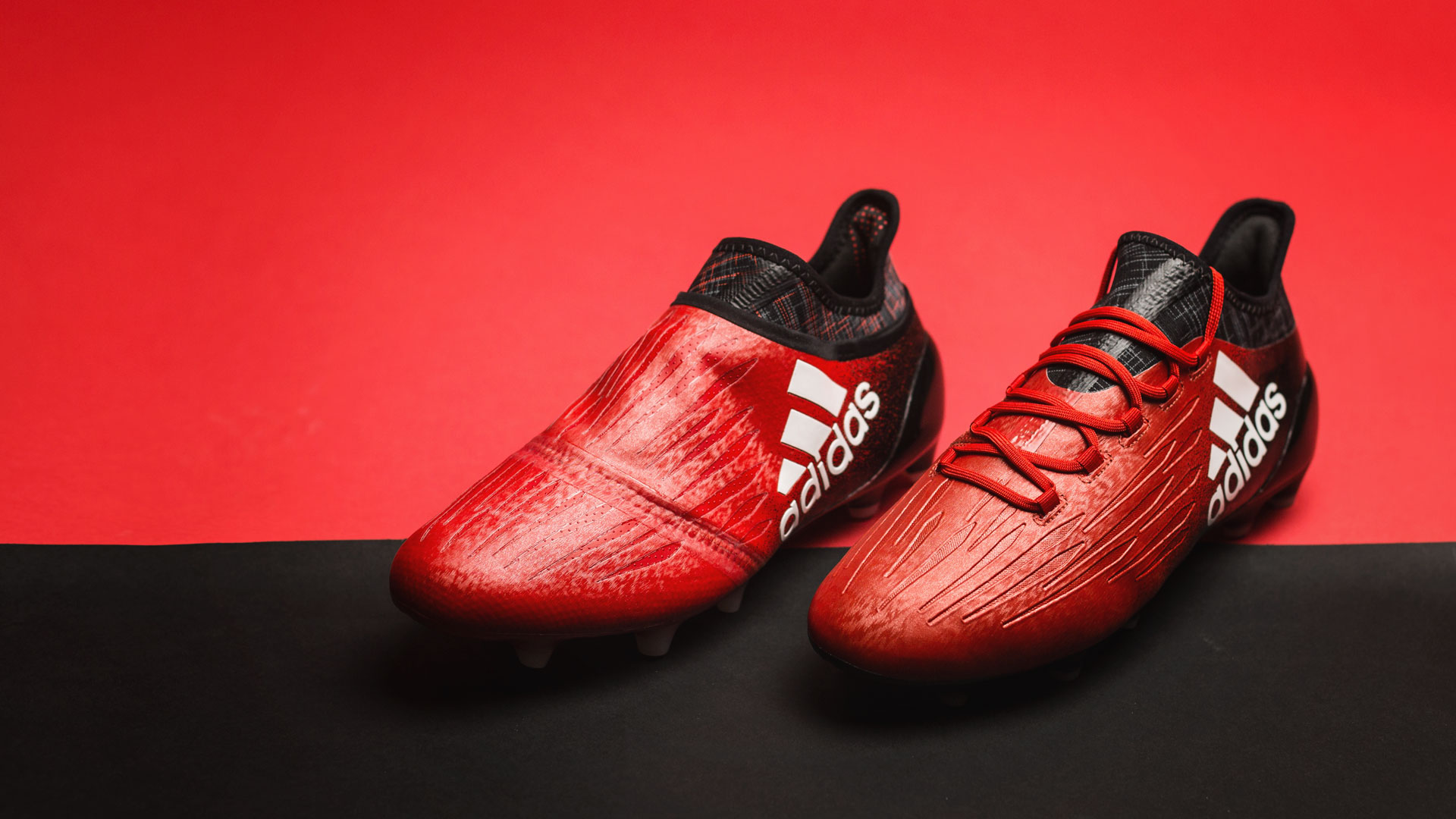 Today may be Black Friday, but adidas are going all red with their football boot lineup. Get a closer look at the newest X 16+ PureChaos colourway here.

This Tuesday saw the introduction of adidas’ ACE 17+ PureControl, which naturally stole any and all headlines. It’s therefore only natural that this adidas X 16+ PureChaos Red Limit goes under the radar to a degree, but we think that is a damn shame. We will certainly be doing everything in our power to make sure you get to enjoy the latest release for Gareth Bale, Luis Suarez and Bezema just as much, and we back up that promise by letting our photographers loose on them here.

You can pick up your pair of adidas X 16+ PureChaos today if you like. Find it right here.

A few of the aforementioned players have seemingly not heard the launch date and been cheeky enough to jump the gun earlier this week in the Champions League. So if you were wondering what boots you saw Luis Suarez wearing against Celtic this Wednesday, then I can now reveal it was the 16.1 version of these. Can’t blame any of them either to be fair, because who wouldn’t be rearing to hop in these!?

The adidas X boots are made for the type of player that thrives in chaos and utilises quick changes of direction, as well as raw speed to create and finish the chances that ultimately decide football matches. The boots strong lockdown and powerful traction stud-configuration means you can throw yourself into even the most daring moves, with complete faith that your boots will keep you on your feet. Add to that the Non-stop Grip upper and you will be leaving defenders with ears redder than your boots.

You can join the star-studded group of X players and secure your pair of Red Limit adidas X 16+ PureChaos right here.