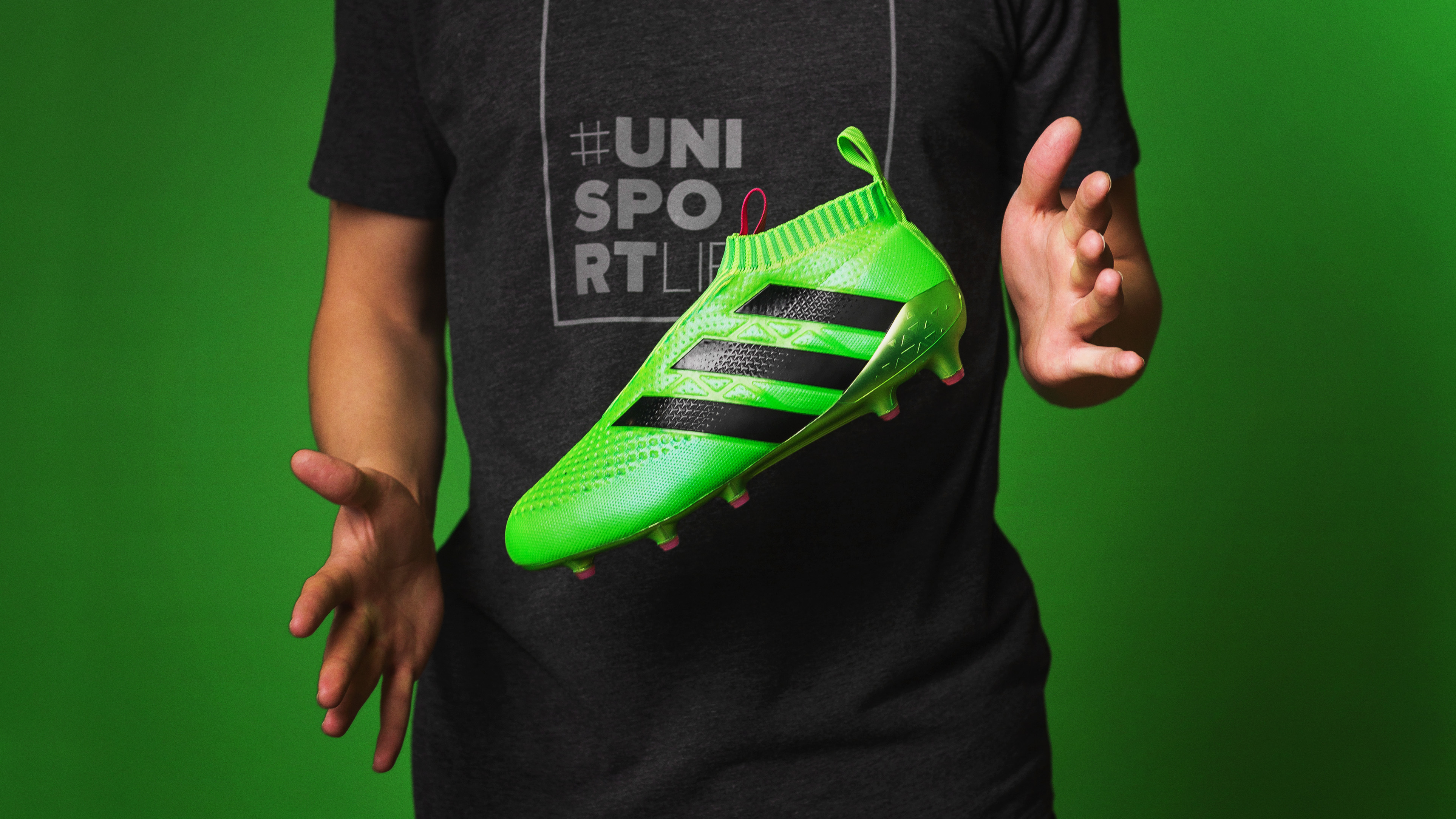 After having counted down our list from 10 to 2, we have made it to the boot it is all about. Unisport are ready to celebrate the laceless football boot as the Football Boot of the Year 2016.

It was a mixture of perplexment, astonishment and pure unadulterated hype, when we received adidas’ newest innovation in the beginning of this year. A football boot made completely without laces - how would that ever even work?

It did however quickly become clear that this was no joke or some desperate attempt at doing something unexpected just for the sake of it. The adidas ACE 16+ PureControl has throughout the entire year, proven time and time again that the future is now.

It would be easy to be lured into the thinking that adidas have really only managed to pull off a decent media stunt with the PureControl. I mean just look at the line-up of players, who they have gotten to wear it: Paul Pogba, Mesut Özil, Ivan Rakitic, Juan Mata and Dele Alli. All players from the top drawer, which certainly didn’t hurt the hype-train from rolling. The truth is however that these days a football boot can’t just hide behind strong marketing anymore, because players will quickly find out if a football boot lives up to the bill or not.

If you want to see what boots made up the rest of the list, then see number 10-2 right here.

With the PureControl adidas have simply managed to deliver on all parameters. The boot has not disappointed, which is very easily could have. Instead adidas have done their homework well and thoroughly, before taking the next step and launching the boot. The entire construction from the Primeknit upper to the TechFit-Collar and the laceless tongue simply works wonders for your feeling of ball control. Exactly like you would imagine a laceless football boot would.

The ACE 16+ PureControl has already been upgraded to a 17+ version, which was introduced back in November. That means adidas have already stepped into the new year with a new generation of ACE lined up. The question is now, will the PureControl be able to keep its top-spot next year? That will certainly be a challenge, but the bar for innovation and what it takes to officially blow us away has been set this year.

Uhh, by the way, you can save massively in our January sale right here. You should totally do that!