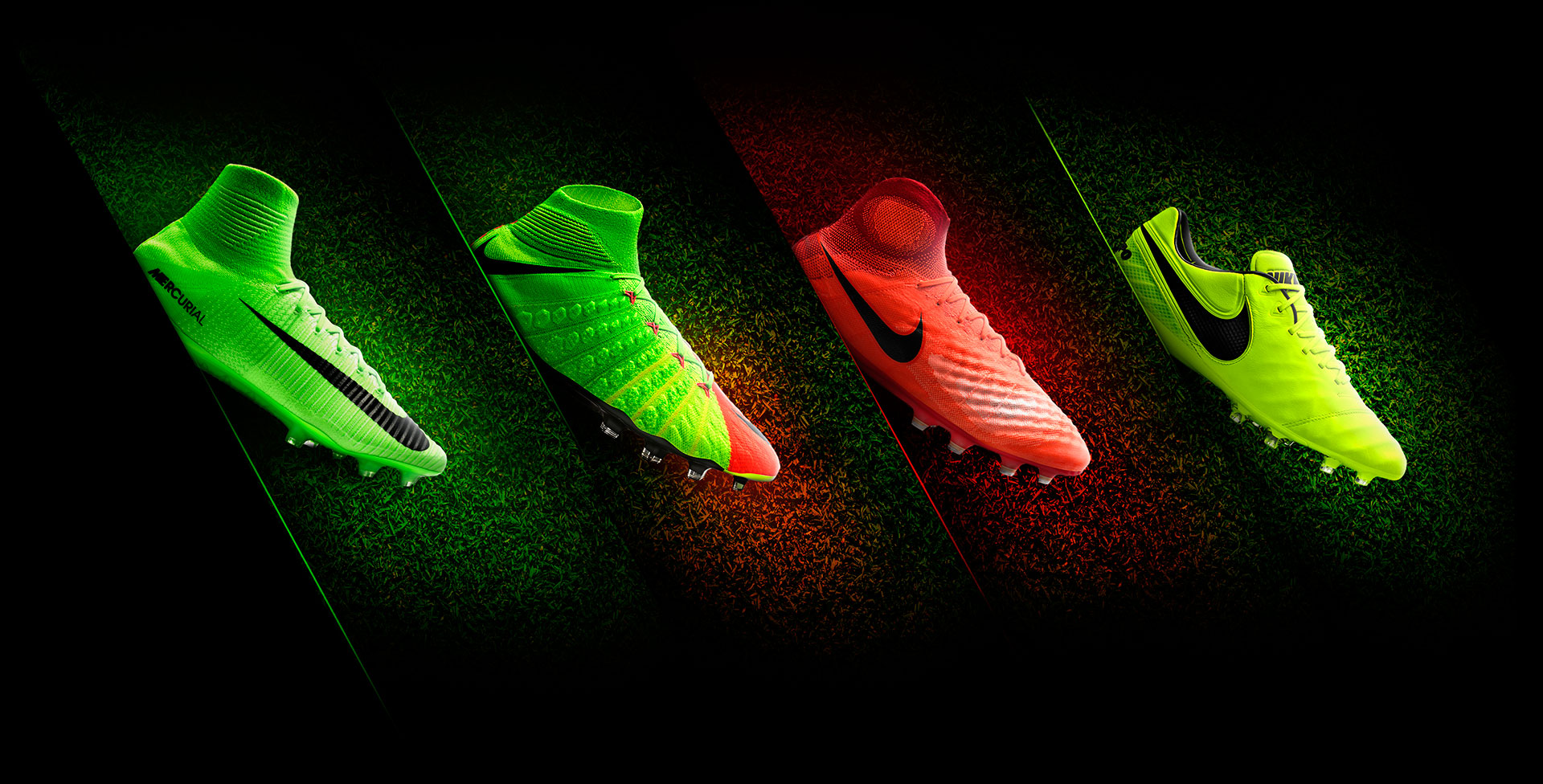 Exactly one week ago today, Nike introduced the world to their new Hypervenom 3 football boots. They have now prepared equally colour-popping models of their other silos to take over the final months of winter.

The Radiation Flare Pack as a whole will be headlined by the Nike Hypervenom 3 DF, which like the three other boots will feature in incredibly bold expressions. Designed to own the dark and cold January and February evenings with Nike’s signature “Volt” colour playing an especially large role.

Read EVERYTHING about the technology behind the new Nike Hypervenom 3 DF right here.

Replacing the relatively calmly coloured Dark Lightning Pack, the Nike Radiation Pack is ready to take absolute centre stage on the feet of all of Nike’s contracted footballers. This crucial winter-period of the season is one where you can expect to see brightness and the Swoosh dominating the on-pitch experience, both at your local field and TV-screen.

In addition to the on-pitch selection, the Radiation Flare Pack also comes in Nike FootballX colour updates across the board. As with all FootballX collections, these street and indoor shoes offer exactly the same technologies and quality as the pro-level boots the Nike athletes wear. A huge commitment to the small-sided game, which has forever been changed by these shoes.

You can wear the new Nike Radiation Flare Pack early, because we already get them the 30th of January. 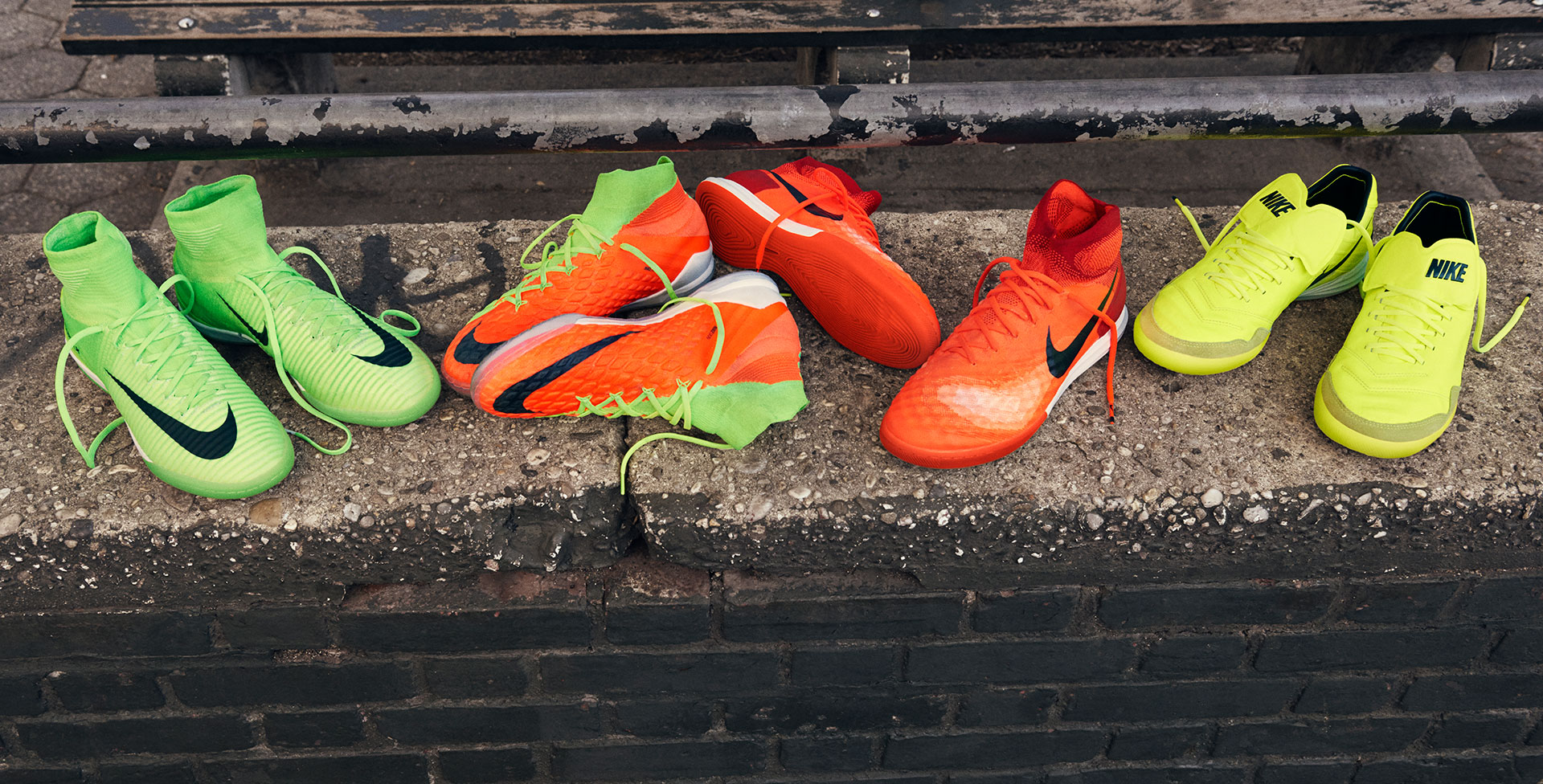