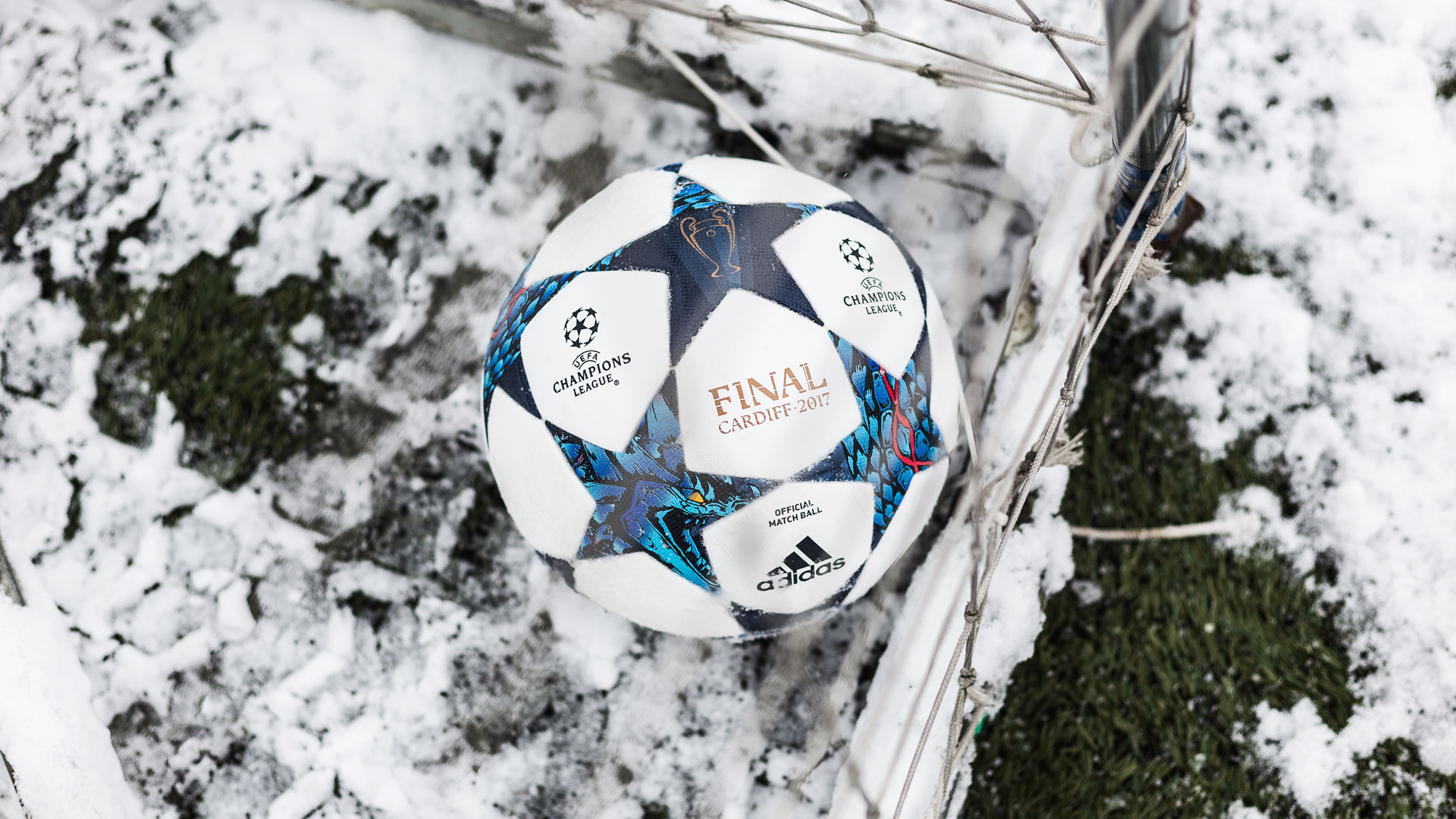 Tonight marks the highly anticipated return of Champions League football and high-class midweek encounters. Now, we take a look at the new match ball for the final rounds supplied by adidas.

The Champions League tournament is famed for being the ultimate arena for the best teams from different leagues to compete for European glory and when you see the match program for the coming 48 hours it all makes sense. PSG and FC Barcelona are to battle it out tonight alongside Benfica and Dortmund; four nationalities and four thrilling football teams. Such encounters call for the best gear available and adidas have answered in fine style and unveiled the official match ball for the final rounds.

Similar to the UCL Dragon Pack we looked at yesterday, the design on the new match ball has drawn inspiration from this year's host of the Champions League final, Cardiff. The mythical Welsh dragon is portrayed in the blue stars on the ball and that's more than just an homage to the Welsh flag. The dragon is also a reminder to the players using the ball that the final rounds of the Champions League tournament are played with a level of intensity that matches that of dragon slaying. Pressure's on, lads!