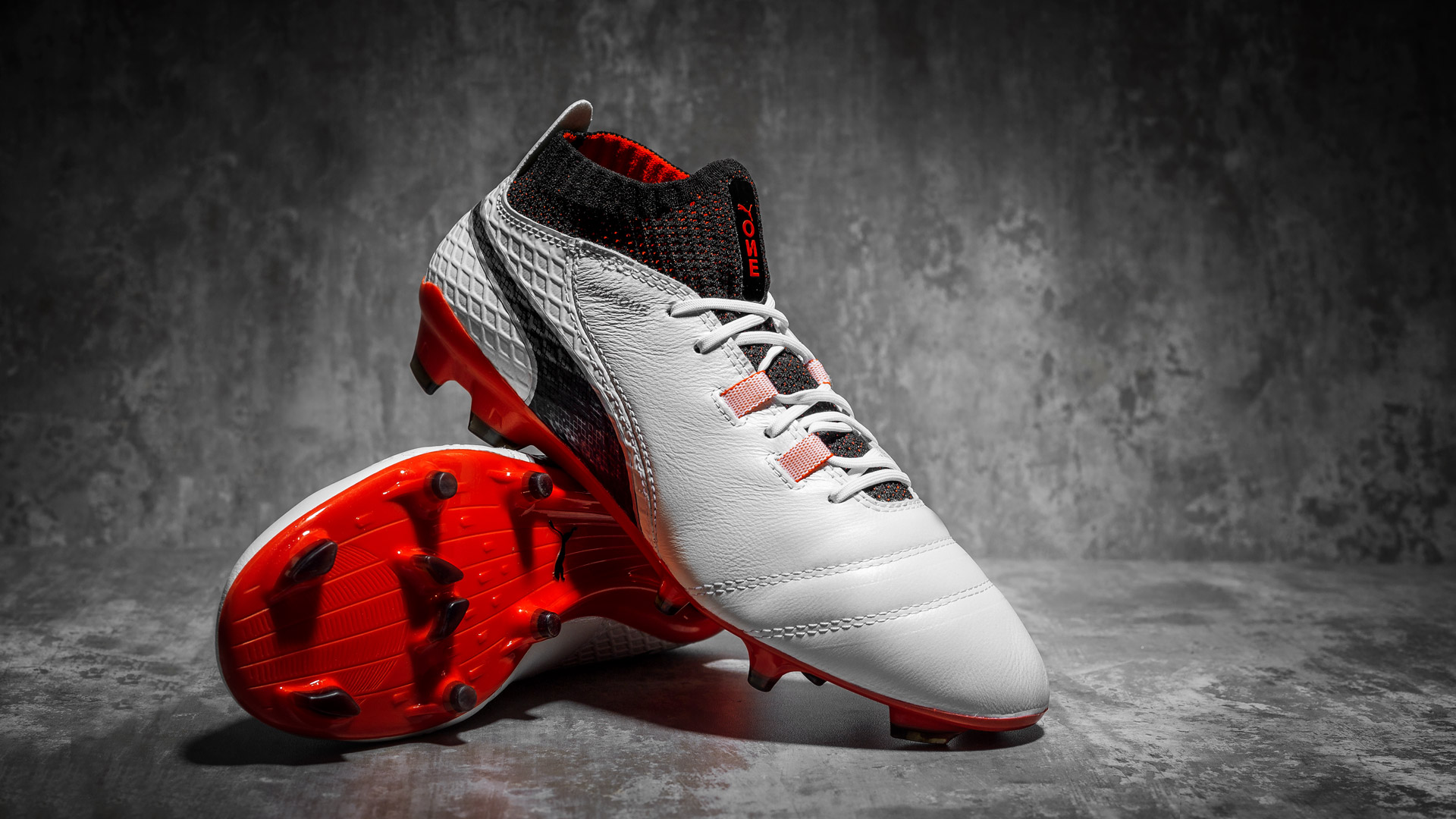 On a day of innovation, PUMA introduce a completely new concept of football boot, which takes the needs of footballers into account like never before. “You’ll never forget your first ONE”...

Looking back at it, it’s really quite incredible that no designer or brand has thought that this was possible before or at least dared try it. We have all been so convinced that the way football boots were made now, was the only way it could be done. However, when you think about it there are so many players in the world with a demand and need for a boot that gives them everything in one boot. A boot that can match the perfectionist in us all. This became abundantly clear to PUMA, especially after talking to Antoine Griezmann about the future of football boots. On top of being an incredibly gifted player, Griezmann puts very high value in his boots and using his insights in the creation of their new innovation proved an incredibly good decision.

So what does everything in ONE boot really mean? Talk to players and they will say they want a football boot with a great fit, which helps them move faster, as well as give a good touch on the ball. PUMA call these three crucial aspects FIT, FAST, FEEL and although all at the same time might seem out of reach that is exactly what the ONE provides. Like we said; today’s players aren’t just good at one thing. They are good at a lot of things.

The PUMA ONE goes on pre-order today and will be shipped already on the 23 of June. Find your pair right here.

The fit is provided to players first and foremost through the built-in and engineered evoKNIT construction and sock. The knitted material swaddles the foot and keeps you tightly and comfortably secured inside the boots. No slipping inside the boot, as your foot will be firmly locked into the boot.

To enhance your speed and to accommodate the need for fast, PUMA crafted a custom Pebax soleplate. Not only is it ultra-light, but the very aggressive stud-pattern also firmly grips the pitch for traction focused purely on upping your pace. Players want pace from their soleplate, so that’s what PUMA give them.

Completing the unprecedented combination was improved touch and feel for the ball. If you want the ultimate touch in a pair of football boots, then there really is only one way to go about it and that is finding the softest, lushest and most sumptuous leather, so naturally that is what PUMA did with the ONE. There was no point in compromising on quality at this point, with the lengths they had already gone to, which meant they went for the very finest kangaroo grain they could find.

The ONE definitely marks a new beginning for PUMA, which is just one of the many reasons for the very apt name. It’s very much the first of its kind, the start of something new for PUMA and all the technologies players want in one boot.

The PUMA ONE goes on pre-order today and will be shipped already on the 23 of June. Find your pair right here.