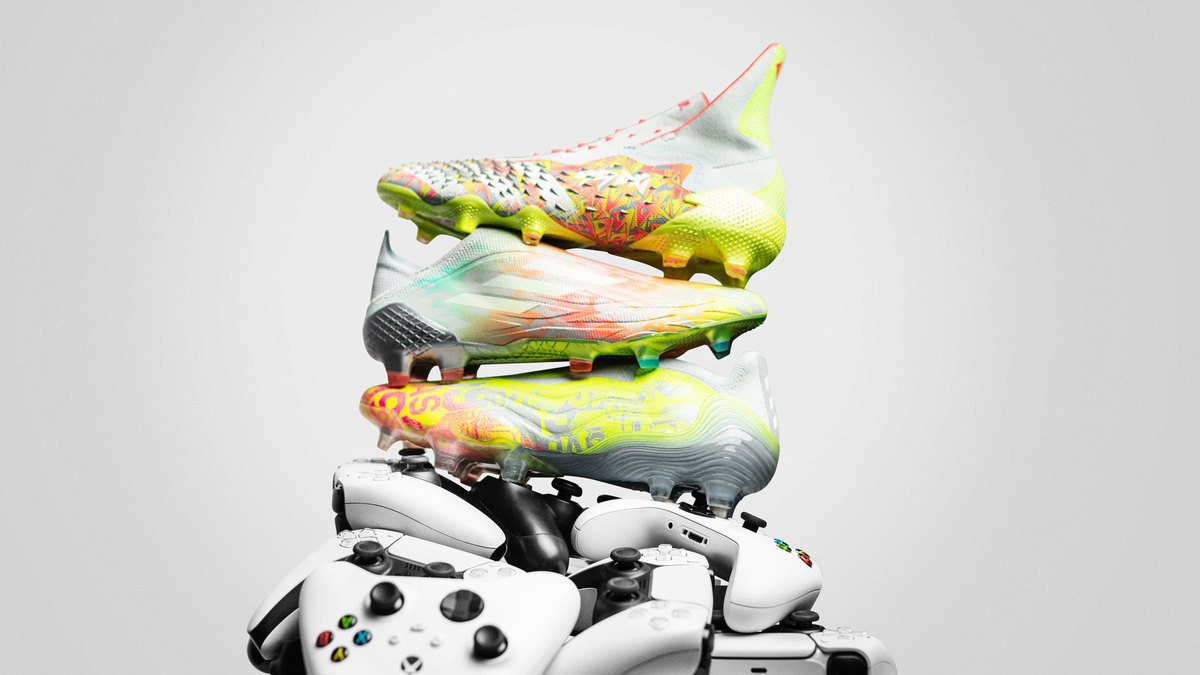 The new football season has just started and what’s better than new boots to kick off the season? If you ask us, then there’s definitely nothing better than a whole new boot pack! Let’s take a closer look at what adidas just launched.

This year we have seen some colourful boot launches from adidas - such as Meteorite Pack, Game Mode and latest Adizero Prime X . Now it’s time for a new colourful pack - Numbers UP.

Numbers UP from adidas is the playfulness of working with online gaming and connecting it to the real world. The real players. The best players in the world. Designed to "bring your inner virtual footballer to real life". It includes the three silos, Copa, Speedflow and Predator, in the Numbers UP pack. But that’s not all, it’s not just another pack, this pack focuses on probably the world's biggest online football world - EA Sports’ FIFA.

With that in mind, all three silos have their own special detail. Each silo has its own rating; Copa Sense has 99 PASS, Speedflow has 99 SPEED and Predator has 99 DRIBBLE. And for those who do not know, this is almost the best score you can have in a FIFA player. Let’s take a look at the boots’ design - the overall design of the boots is that they have bold looks with texts and numbers on the upper but let’s take it one by one starting off with Copa Sense.

The new Copa Sense + has a striking design. The boot is mainly light grey with a bold volt and pink upper design. On the upper you will see the boots ranking ‘99PAS’. The text continues down to the front soleplate in orange. If you love control, then this is definitely the boot for you.

The new Predator Freak + has a bold and unexpected look for a Predator boot. It is mainly light grey with white logos and pink/volt applications. The soleplate continues from the upper and evolves into completely volt. This boot has ‘99DRI’ - so if you love dribbling, this is your number one boot.

The new X Speedflow + has a new and modern look, with its modern and fresh look. The boots are mainly light grey with a hand-painted multicolor graphic upper in bright colors, going from blue to green. On the upper you will see the text ‘99PAC’ - up your own pace rankings with the new X Speedflow.

Are you ready to bring your inner virtual footballer to real life?? All you have to do is grab a pair of Numbers UP boots.

Buy the Numbers UP pack at Unisport right here