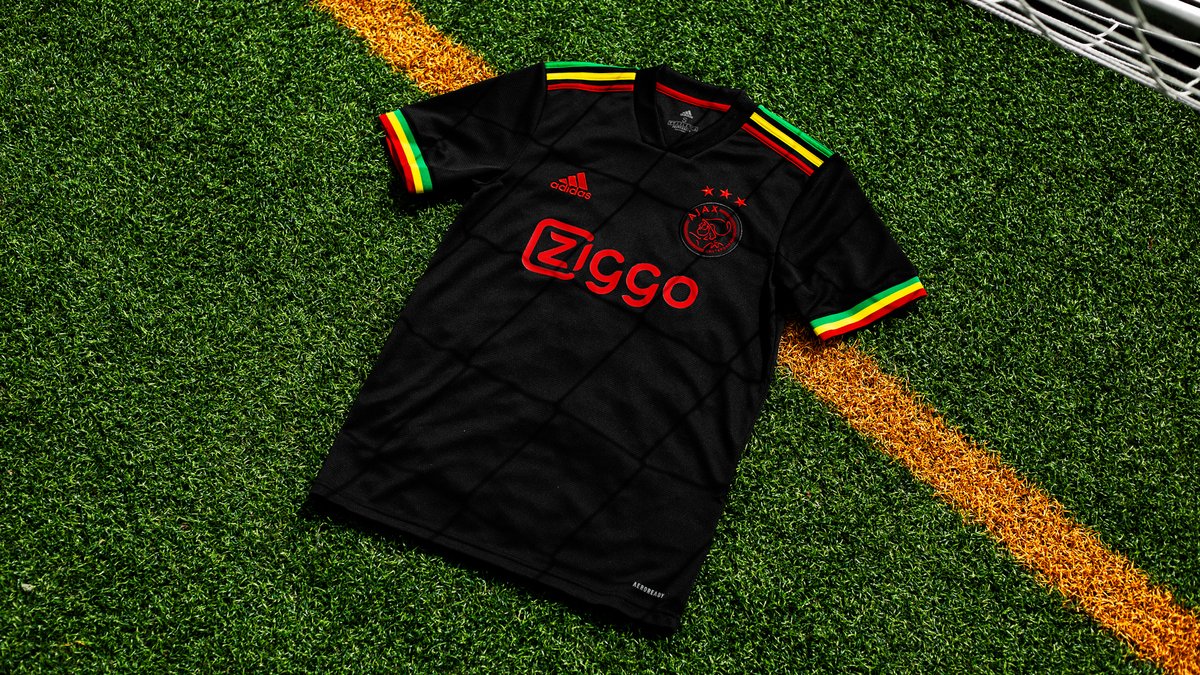 In the past, we’ve seen Pharrell Williams create stunning shirts for some of the biggest adidas teams in the world. Now we will see another musician enter the world of football shirts. The world-famous artist Bob Marley, who made the music genre called ‘reggae’ extremely popular in the whole world, is now set to play a huge part in the design of the new third shirt for Ajax Amsterdam. Let’s take a look at how.

We’ll start off by describing the shirt. The new Ajax third shirt is right from the first sight a stunning shirt. It has a black base, but the true coolness is in the details. The logos on the front are all red. But on the sleeves and collarbones you’ll find the Bob Marley inspiration. Here you’ll find the colours of red, yellow and green - just like a rastafari. But the Bob Marley honour does not stop there. In the neck you’ll find three birds - also in the colours of red, yellow and green. But why three birds?

Well, the three birds symbolizes the Bob Marley song called “Three Little Birds”. A song which has become an unofficial anthem for Ajax, and which is still being sung by Ajax’ fans on a regular basis at the stadium. So that is why Ajax's new third kit features so many small tributes to Bob Marley.

We think this shirt is a masterpiece - and a nice tribute to one of the biggest musicians ever.