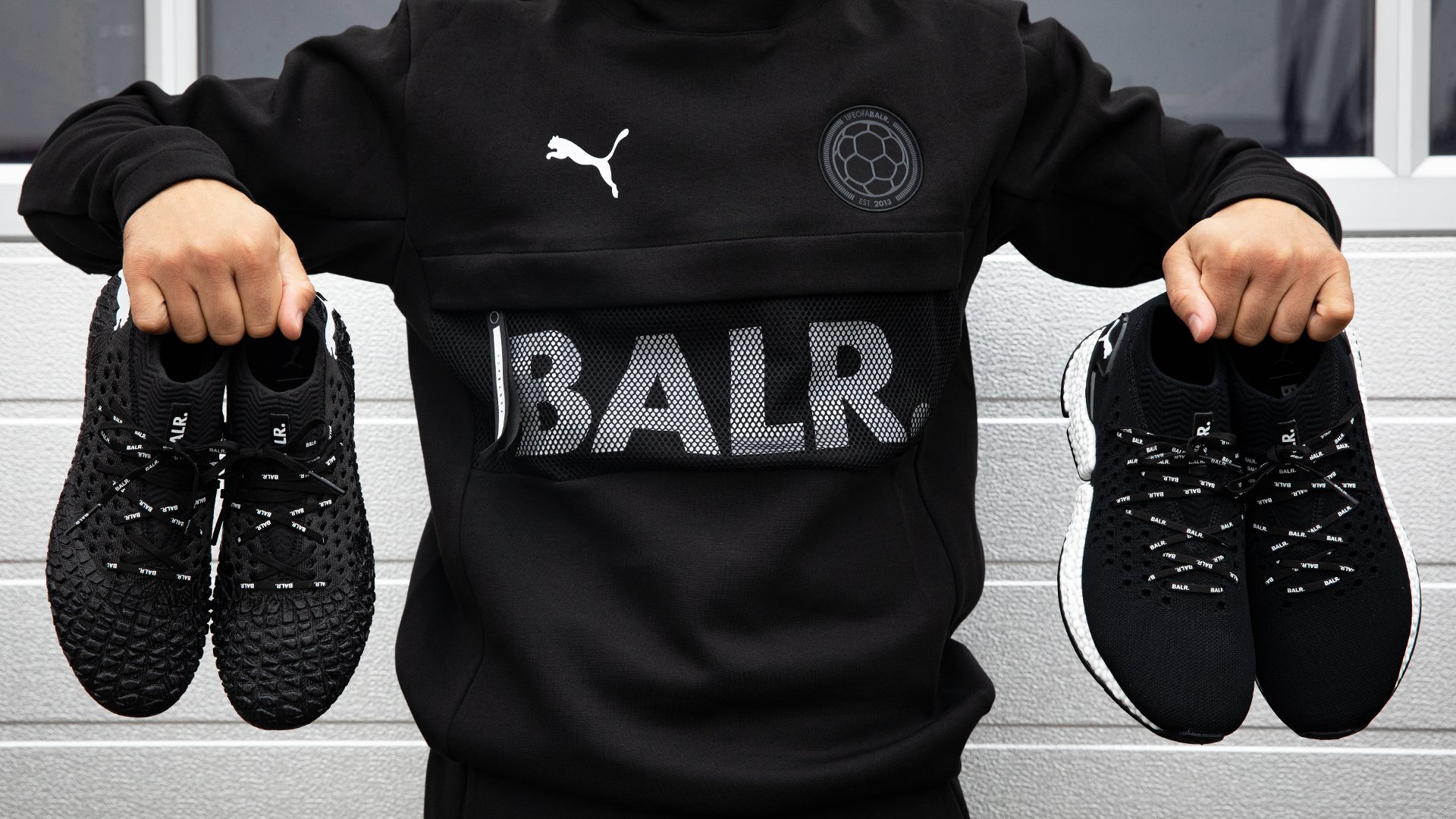 In this exclusive collaboration between PUMA and BALR., the Germans and the Dutch have teamed up to create a special edition Future 4.1 Netfit boot, which likewise will be accompanied by a clothing collection.

Most people probably know PUMA as a brand that manufactures athletic apparel, casual footwear and if you’re a huge fan of football like we are - stunning football boots. Now PUMA are ready to take it to the next level, as their collaboration with BALR., a dutch luxury lifestyle brand known for its high-end fashion products have resulted in a football boot, which combines the PUMA and BALR.-DNA in an impeccable way. Ensure yourself and take a look at the pictures before we look at the details.

BALR. was - amongst others - founded by former professional football player Demy de Zeeuw in 2013, who played for clubs such as AZ Alkmaar and AFC Ajax. This special collab therefore couldn’t be more ideal with an eye to producing a boot, which embraces the perfect merger of fashion and sports gear.

Just like much of the design of Dutch brands’ clothing, the new PUMA Future Netfit 4.1 mainly has a black colourway as we’ve witnessed with the Eclipse Pack, with the BALR. branding finished in white along the shoelaces, on the sockliner and with the lettering ‘LIFE OF A BALR.’ seen on the heel, while the PUMA logo is carved on the right side of the heel - finished in white as well. The boots are completed with shimmering chrome/silver sole plates, which is a detail that gives them a superior and sensational touch.

When it comes to the tech’s, the PUMA x BALR. football boots encompass the exact same technologies as previously released PUMA Future 4.1 colourways. You can read more about these specifications here.

The limited edition collab will also feature a clothing range, including a hoodie, sweat pants, a shirt, shorts and sneakers with a clear link to the PUMA x BALR. story.

In fact, Antoine Griezmann wore them 2 days ago when Barcelona faced Eibar.

If you want to get hold of these one of a kind football boots, as always you have to be quick, as the distribution of them are very limited.


Live the life of a baller and get the PUMA x BALR. boots exclusively at Unisport right here