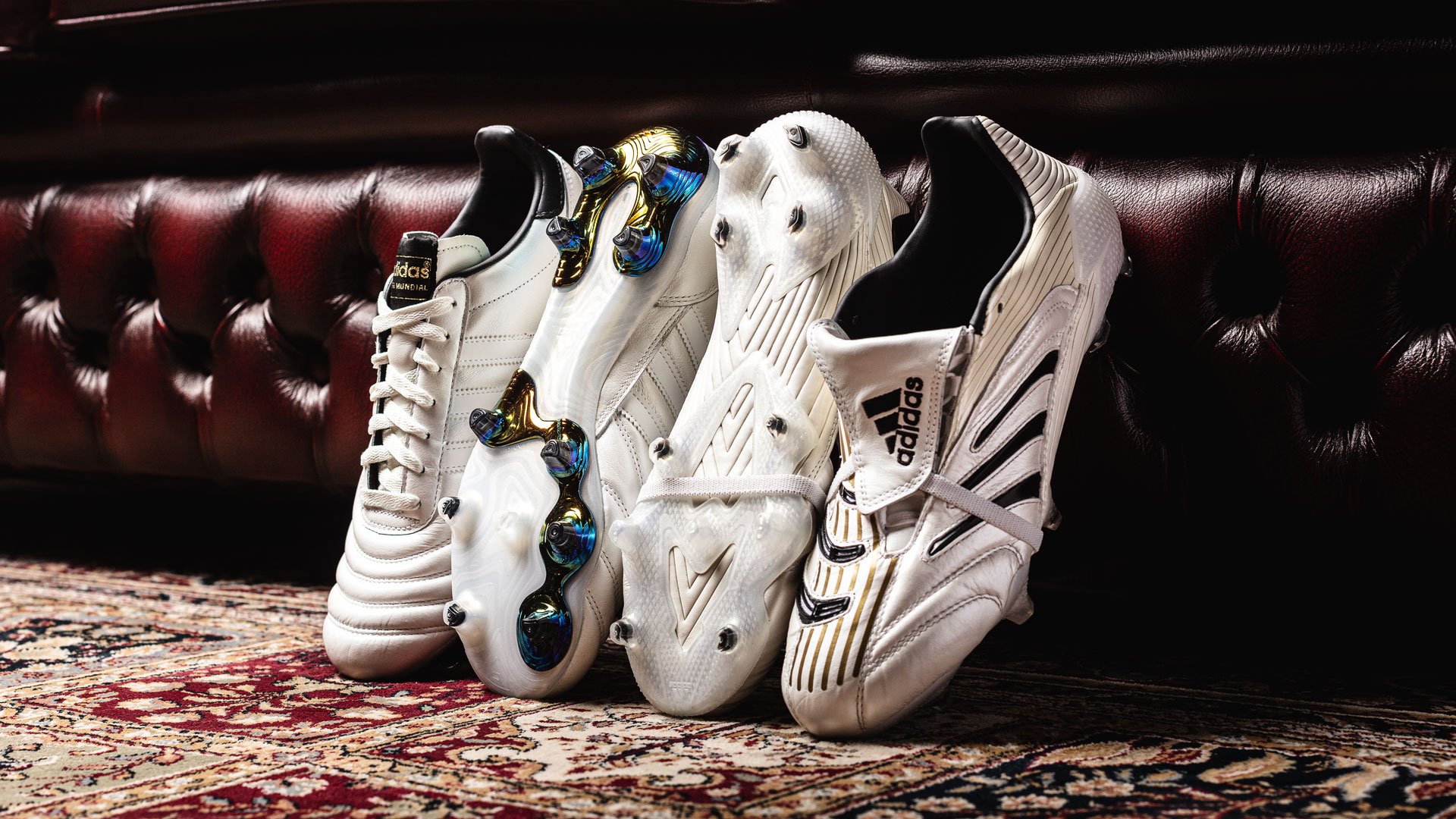 We end 2020 with a throwback to some classy boots and colourways from the past. By uniting heritage and history, adi’ makes history a part of the future and brings us Eternal Class. Check it out below!

At Unisport, we are crazy about re-makes of old boots. Luckily, adidas are one of those brands that don’t mind bringing back some of their classics to the present times. Earlier this month, we saw the F50 Memory Lane launching, which was a throwback to the legendary F50 silo and especially the ‘adizero’ versions. Before that we’ve also seen a few remakes of the Predator silo. And now we will again!

adidas are well known all over the world for their classic and legendary football boots. Football boots from adidas just resemble class, quality and timelessness. And today they underline just that. adi’ launches the Eternal Class, which includes four pairs of footwear. Among others the legendary Predator Absolute, which was introduced back in 2006, just before the World Cup in Germany.

As the name of the pack states, these boots are very classy and show true luxury. By combining white, black and gold, the Eternal Class boots are almost too beautiful to be worn on pitch. We don’t know which words to put on this, other than it simply can't get more luxurious and exclusive than Eternal Class.

Like you might have seen on the pictures above does the Predator Absolute Eternal Class not look exactly like the Predator 20+ in an old colourway. That's because the upper in fact is a 1:1 upper of the Predator Absolute from 2006. That means you get a k-leather upper, with both the Swerve Zone and the Power Zone, which we know from back in the days. Most importantly, you also get the tongue with a rubber band to hide your laces and get a premium touch of the ball. A trademark from the old boots. The only thing, which we know from the current Predators is the soleplate. Because the Predator Absolute Eternal Class will have the same soleplate as the Predator 20+. All in all, this boot is the perfect remake of a classy boot, added a few upgrades.

The Copa Mundial Eternal Class is, just like the Predator Absolute Eternal Class, half the classic boot and half the 20+ version. That means that the upper is more or less the same as we know it from the Copa Mundial. You know, a premium leather upper. But in this case, it is equipped with a Copa 20+ soleplate. The only thing, which is totally new, is the tongue. This time it's not as big as on the Copa Mundial we knew back in the days. It seems like it's a bit smaller, than on the original. So adi' have once again mixed the two classic boot and the 20+ version, and modified a bit, in order to make a Copa Mundial which resembles Eternal Class.

Who will wear these?

Back in the days, the Predator Absolute was worn by legendary players. We are talking about David Beckham, Zinedine Zidane, Steven Gerrard and Kaka. Plus many more. If that isn’t enough to convince you about how legendary these boots are - well, we can’t help you further.

Eternal Class consists of the following four pairs; Predator Absolute, Copa Mundial, Mundial Team TR and Mundial TF. So there should be a boot for whatever you are looking for. But hey - there are only a limited amount of each pair of boots, so you need to hurry.