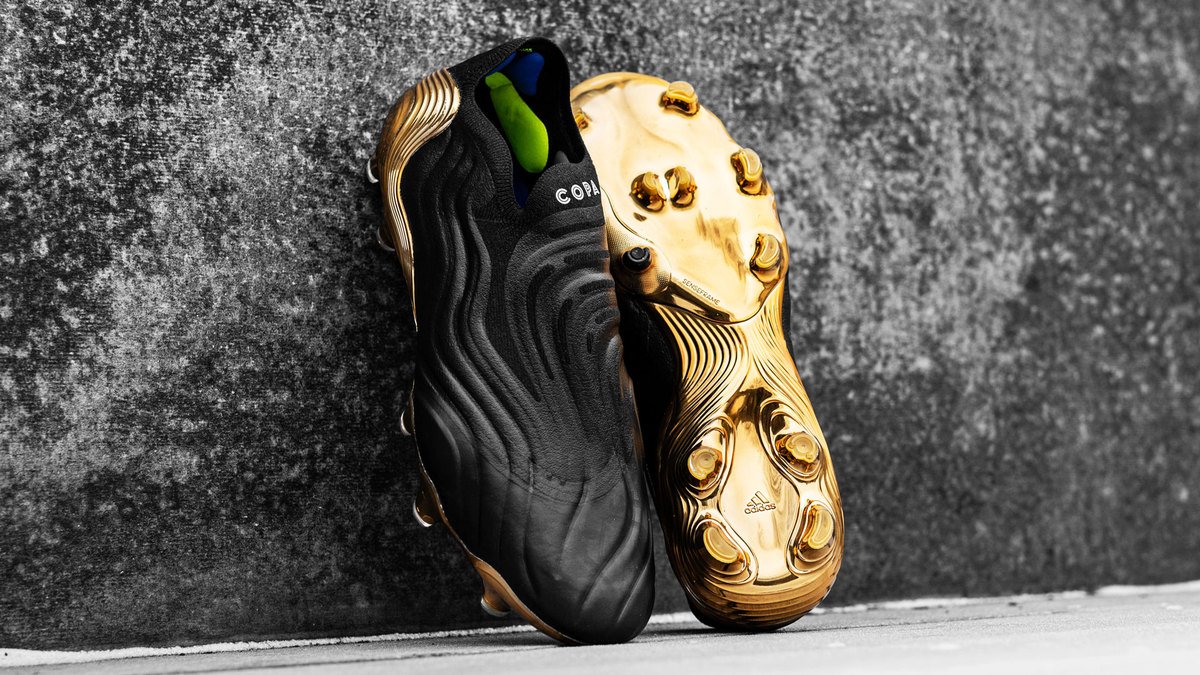 One of the most comfortable football boots has got an upgrade! And it’s not a small one - we are talking new upper, new tech’s and a new soleplate. It's actually a completely new boot! Read more about the Copa Sense below.

The Copa silo has been a part of adidas’ history for a long time. Actually since 1978, where the Copa Mundial was launched. For many years, Copa Mundial was the only kind of Copa on the market - except for some special editions and likewise. Until 2016, where adidas launched the Copa 17.1 - a brand new addition to the world of Copa. This new kind of Copa became quickly a success and has since 2016 been launched in 4 versions - 17.1, 18.1 and starting 2018, it was launched in a laceless version called 19+ and 20+. But now you can forget all about these four versions. Because it’s now it’s time for a brand new and completely different kind of Copa - the Copa Sense!

Copa Sense is the name of the new version of Copa. A Copa, which is built from the inside out actually. The reason why it’s called Copa Sense is because of a new innovation from adidas called ‘sense pods’. These sense pods are made for you to feel more comfortable than ever! The pods are to be found on both the inside and the outside of the boot - mind-blowing, right?

But before we dig into the tech’s of this new Copa Sense, let’s just take a minute to adore the first colourway of this crazy boot - which is actually a part of the Superlative pack from adidas. With a black upper and kind of ‘wavy’ design, the Copa Sense looks slim and faster than ever. Which is a feeling, that you’ll get instantly, when you get your hands on it for the first time. The soleplate on the Copa Sense is not black - but golden! The black and golden combo gives us a very classy design for an innovative football boot.

As mentioned above, the Copa Sense has these pods on both the inside and outside. On the inside, they are created to fill out the space that you usually feel, when wearing a football boot. That means you are experiencing a seamless connection between the boot and your foot. On the outside of the boots, you’ll also find these pods - but here they are called ‘touch pods’. The touch pods will help you absorb the energy of a ball, and thereby help you control and pass the ball even better than before.

Beside these amazing pods, the Copa Sense is equipped with a K-leather upper, to give the most comfortable experience as possible. Speaking of the upper - Copa Sense + is of course laceless and Copa Sense .1 is with laces. Underneath you’ll find a new kind of soleplate (which we got a sneak peek on at the Copa Eternal Class last week), where some studs have been re-designed. And most important of all - some of the studs can bend, when in contact with the ball. That gives you an even greater touch on the ball, than you could imagine.

The Copa Sense will be worn by many great players. First and foremost will it be worn by Paulo Dybala and Joao Felix. Both these players have been the frontmen of Copa for some time now - and they will still be. But as a new addition to the Copa team, we’ll see a master of controlling and passing the ball joining the Copa Sense team - Thiago from Liverpool. And on the women’s stage of football, we’ll also see a superstar wearing these, as Melanie Leupolz is also a part of the Copa Sense team.

If you are fond of the new Copa Sense, then you are at the right place. Because Copa Sense + and Copa Sense .1 is available at Unisport now!