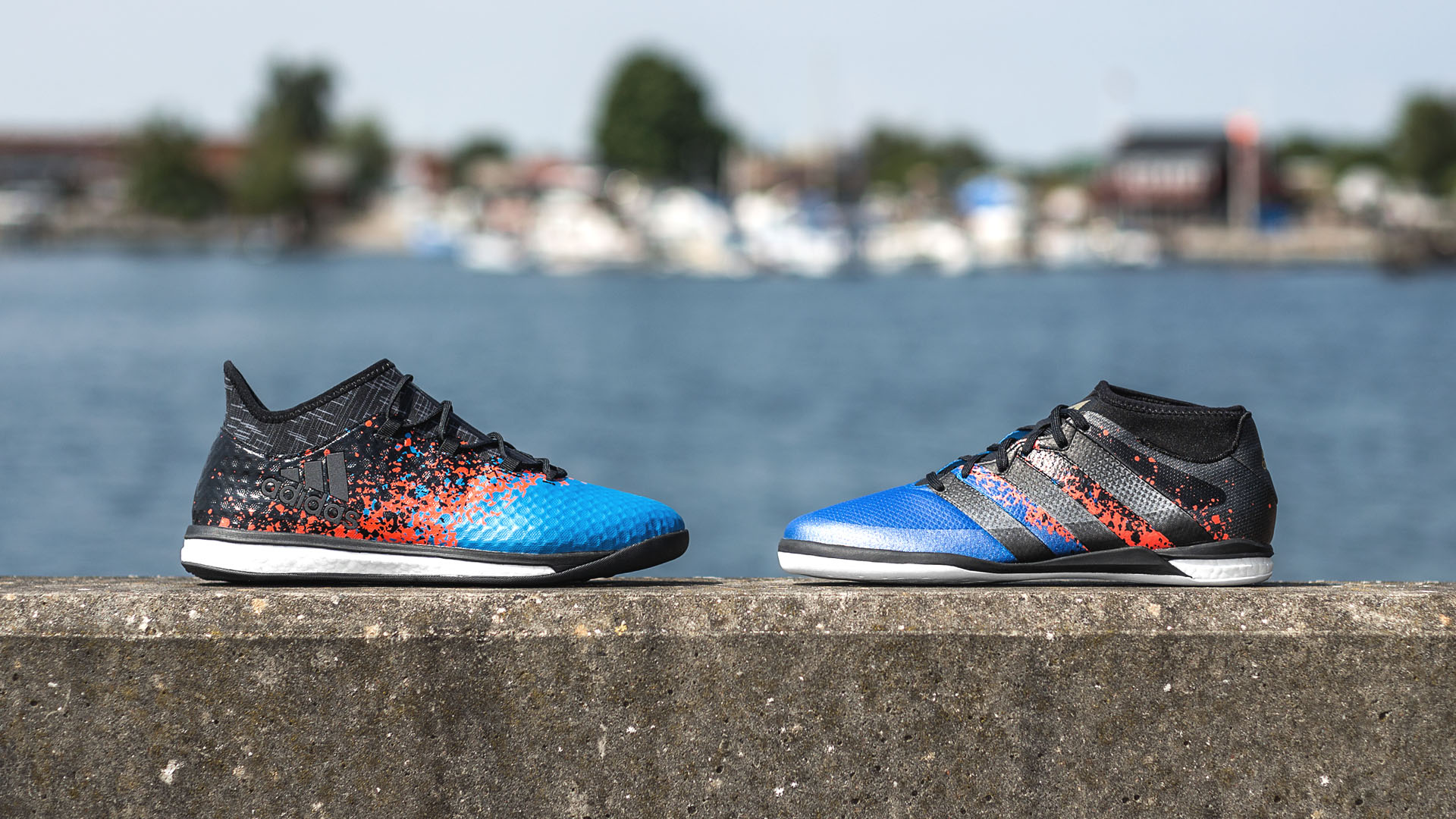 While Europe’s best footballers are currently competing in the French stadiums, football in the streets is booming. Take a closer look at the Paris Pack street shoes here.

It didn’t take long, before the Limited Collection PureControl and PureChaos boots were sold out. That’s why we now direct our focus to the accompanying ACE 16.1 and X 16.1 Street shoes. Both shoes are built on the same foundation and concept, as their football boot counterparts, so you can go all out with the boot you love.

The Paris Pack is (naturally) inspired by the French colours and also the disruptive nature of the French football culture, which has really shown itself this summer. It is therefore no wonder that adidas have chosen to launch the collection with a pair of ACE 16.1 Street and X 16.1 Street shoes.

Both shoes are made with the revolutionising Boost midsole, which has almost entirely conquered the world of sneakers and running shoes. The technology is developed to give the optimal shock-absorbency, and anyone who has tried a pair of Boost shoes, will know what we mean, when we tell you it feels like walking on clouds.

You can order your pair of adidas Paris Pack Street shoes right here.